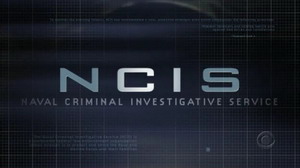 Okay, so I’ve been to of the loop this season. I’m usually watching Glee at this time. But luckily there was a re-run of Glee so I was able to catch the newest episode. The guy that they are protecting is obviously in the navy but his reason for being moved around a lot is not so much that he doesn’t get along with people, he does, it’s just, he’s the son of two psychologist and well, he’s right on when he subconsciously analyses each member of the team. It was hilarious.
Tony was super creepy in this episode. He came to work early, left late, filed paper work, didn’t crack any jokes to say a countless number of movies quotes. He was acting all grown up and it was by far, the creepiest thing I think I’ve ever seen on this show!

Been out of the loop for this episode too but luckily, woohoo, I was able to catch this new episode. Thank god for re runs. LL Cool J and Chris O’Donnell are like the main reasons I watch this show. I mean I love all the actors they have they those two are my favourites. What I love about this show is that even though it’s kind of a spin off of NCIS, it’s not. They have their own personalities, their own chemistry that doesn’t mimic the original show. It’s the rovings of a great show I think, and whenever I get a chance to watch it, I am never disappointed.Obviously the episode is Christmas themed. Gotta love the holidays. They are investigating the two murders and one surviving member of a naval squad. The crime scene though has been tampered with and the guy who looks as though he’s suffering from PTSD is a fraud and a liar. The team caught him just in time thankfully! Whew! All in a days work. Gotta love this show.

I LOVE THIS SHOW! I never miss it. Unless I’m not home in which case, I might miss it, but so far that has never happened before. Mr. Florrick is preparing for a campaign speech, you know when they get asked a bunch of questions, and they have to answer blah blah blah, I’m not all that big on politics, I do however respect privacy and when they ask you about your personal life and it has nothing to with the campaign, well then, I say that they can *beep* themselves. In fact that’s what Mr. Florrick did. Good for him. What is it with scandals, just leave it be ya know.Anyway, a Judge and clerk are secretly helping Alicia and her Defence team overturn a death sentence. The clerk called saying that he was waiting for the Addendum to the appeal. Now from what I now of the law, judges cannot openly take sides =, what they tell one side, they have to tell the other. That’s how it works. SO the fact that they are saying they need an Addendum,. Is back door rule breaking. They get away with it, I man their client is innocent. Luck man, pure luck.