Xbox One to launch November 8? – Report 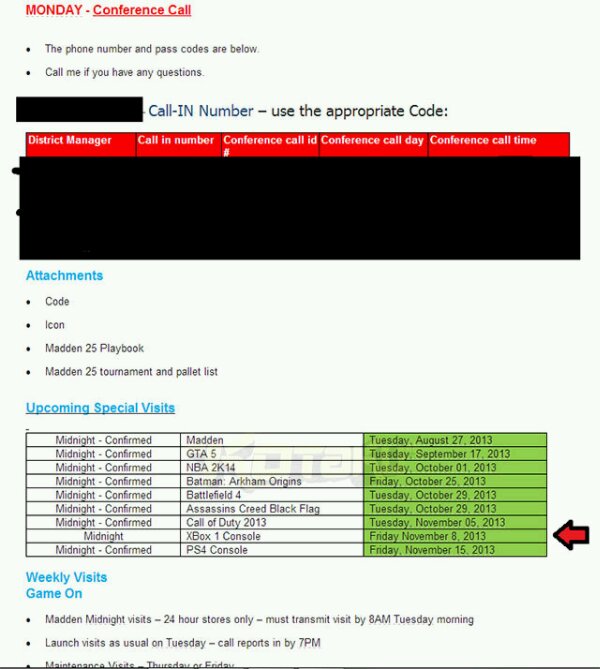 Microsoft’s Xbox One console may go on sale from November 8, according to a recently leaked retailer document, as reported by Kotaku .

The information–an internal email for a conference call outlining midnight store activity for upcoming major software (both current and next generation) includes Battlefield 4 , Assassin’s Creed IV: Black Flag , and Call of Duty: Ghosts –was reportedly shared by staff at a marketing company responsible for advertising material and product placement at major US retailer Walmart. While unverified, the document shows a field that lists the Xbox One for Friday, November 8.

No official announcement has been made outlining the upcoming next-generation console’s release, and, as such, any date should be treated as rumour until confirmed by the Xbox creator. GameSpot approached Microsoft seeking confirmation of the date, but a spokesperson declined, saying, “Microsoft does not comment on rumour or speculation.”