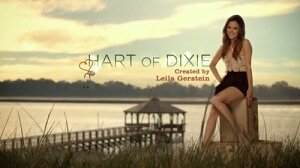 “Who Says You Can’t Go Home”: If you remember last season Dr. Zoe Hart dated Wade, then broke up with him when she found out he cheated on her, then professed her love to George while he was in another relationship, then decided she needed to leave. So after Wade declares that he loves her, she says she needs space, which is understandable, and decides to return to New York for 3 months…

5 months later. Zoe is not in a relationship with Jonah Breeland, which sucks cause that would have been awesome. Jonah Breeland was just a super cutie and there really wasn’t enough of him last season. Tell me I am not the only one who thought he was a super cutie. I didn’t think so. Instead Zoe is dating a man named Joel, some writer from New York who comes off as really super annoying. And as a girl who is a sucker for pale geeky guys in glasses, I do not find him attractive. It shocked me. And Zoe said goodbye in an email? And it’s her fault the whole town went to hell. If you ask me, this was not a great way to start of the season. Nope, not one bit. Actually, it was horrible, a simply horrible to introduce this show into a new time slot. The story was good, it was funny, but the way they wrote Zoe’s character in this first episode was awful. She was far from charming and a little more than obnoxious. I love this show, and I would love to see it last another 2 season, but I am not quite fond of the way it is progressing as of right now. Conflicted feels going on right now. Oh, but Lemon was brilliant and I loved her more in this episode than I ever have. Mondays @ 8PM (EST) on CW. 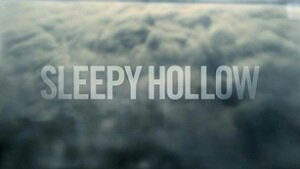 “The Lesser Key of Solomon”: Before I start…THIS SHOW WAS ALREADY RENEWED FOR A SECOND SEASON! Now that that is out of the way, I can get on with it.

Last night the show beings with the Boston Tea Party and showing us the secret mission behind the act of terror the Patriots enacted against the Loyalist and the Monarchy. Oh to think, those were the days when terror acts were much simpler. Not the point. They were sent to get a device, a weapon of some sorts that would help in the rise of evil. Yup, I bet you can imagine who that went. In any case, the weapon is in Sleepy Hollow, and not just anywhere, in the deceased Sheriff August Corbin’s cabin in the woods, a place Jenny Mills is all too familiar with. Corbin was a man full of secrets wasn’t he. Anyway, it was amazing! They had to all team up together and get past their differences and work together to take down the Hessians ‘cause they are still doing a whole bunch of naughty things. Of course, they work for the bad guys so they would.

Now, bear with me because I am going to keep saying it but Tom Mison is amazing, and the writers just add to it. I mean the very opening is him in the car, talking about his love Katrina, and it almost sounds like a poem. But he’s talking to the OnStar operator because he doesn’t know how to operate the car, but his love for Katrina made her weep and cry and she thanked him! That was just priceless, hilarious and priceless and wonderful. Easily the best part of this show, hands down. I love this show. Mondays @ 9PM (EST) on FOX. 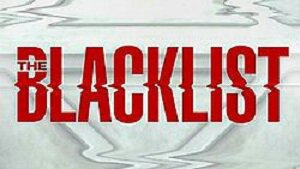 “Wujing”: ORDERED FOR A FULL SEASON! Yeah, it was a good day in the world of media. Hopefully it stays this way. Last night Reddington and Agent Keen went undercover to try and find a target of a hit and take them down at the same time. Needless to say, they succeed. But the mission came with the price. Elizabeth needed to know why he chose her to work with and we sort of discover that he had some sort of relationship with her father. My bet is she is either his daughter or his niece. That’s just my opinion.

This show is one of the best shows on TV at the moment because it not only has a great cast who now how to act the characters and really bring them to life showing that there is more going within the characters mindset but also in the writing. The writing just blows me away. So far each episode is a thrill, it’s one big chase with the underlining mystery of why her, why did FBI’s Most Wanted fugitive turn himself him just to work with her? The answer seems so obvious but the context the motives, the actions make everything worth a second look. That right there is how you captive an audience, how you suck us in and make us want more. God this is such a great show! Mondays @ 10PM (EST) on NBC.