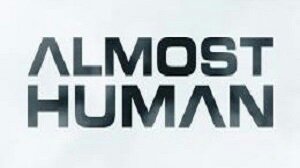 “Blood Brothers”: Another great episode with a lot of humor.  So now we know the creepy factor of the synthetics: they look like Ken Dolls.  I don’t think I will be able to get that image out of my head.  The development between the two characters, John (Karl Urban) and Dorian (Michael Ealy) is slow and steady but it incredibly captivating.  Each week we are shown how they bond, man and machine, and what makes their partnership so unique on television.  It’s a new sort of Robocop.  Each episode is captivating, a rush and completely unexpected. It’s an amazing show with great dynamic between the characters, all of the characters.  The plot line is smooth, but the initial plot line of the mysterious android and his double crossing ex-girlfriend, seems to have been lost in the story.  It hasn’t been addressed and that is a problem as far as writing is concerned.  Other than that, it is an amazing show, simply gripping and fun to watch.  Mondays @ 8PM (EST) on FOX.

“The Golem”: Oh, those witches man, neither good nor evil, just trying to keep the balance, no matter the costs.  The fate of Ichabod’s son has finally been revealed and it would seem that the Witches put a hex on him to stop his heart because he was just too powerful of a witch who refused to join their coven.  But he can’t really be dead can he?  That would just be too tragic if he was dead.  After all that Ichabod has had to endure, this can’t really be the end his son was confined to right?  The thought itself is heart wrenching, but that is what made this episode so gripping and captivating and wonderful to watch.  It’s true, that while some of the humor that was in the earlier episodes has been lost in the progression of the show, the writing and story lines are still so captivating.  Story lines like this one add to depth and the story of Ichabod Crane.  It’s just another amazing show.  Monday’s are awesome.  Mondays @ 9PM (EST) on FOX.