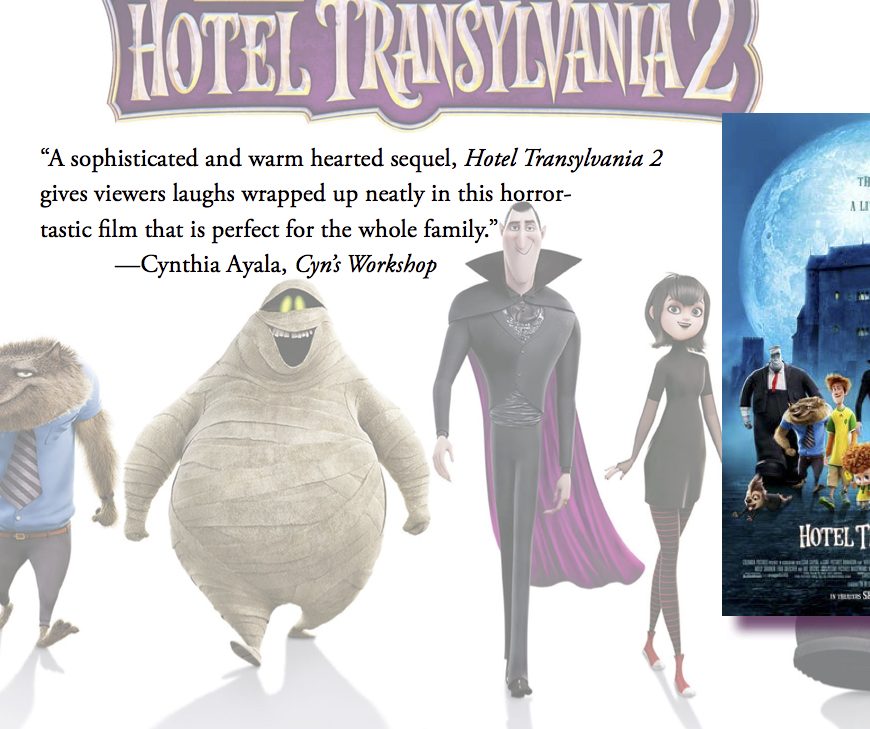 Dracula has opened the doors to Hotel Transylvania to humans and with his daughter Mavis marrying Johnny and giving birth to his half-human grandson, Dennis, Dracula is softening up to the humans. But when Dennis isn’t showing his vampire teeth, Dracula becomes worried. So while Mavis and Johnny are away Drac enlists his friends to help him put the boy through a “monster-in-training” boot camp. But things get batty when Drac’s cantankerous, old school dad Vlad pays an unexpected visit.

An adorable and outstanding film. Released on September 25 of 2015, this film brings back the original cast of the film and brings back the charm of it as well. END_OF_DOCUMENT_TOKEN_TO_BE_REPLACED