Winter, White, and Wicked is one of those novels you want to love because it has such an exciting premise. Labeled as a novel that is both parts Frozen and Mad Max: Fury Road, the reader, expects a high tension, action-packed, emotional ride of a story. Instead, it falls short in many ways.

As a reader who was excited to get her hands on an early copy, this story was a letdown.

The opening shows Sylvi eagerly trying to escape into the snow to play with the snow and the spirit Winter. It paints a fairy tale about the Winter Spirit similar to the classic tale the Snow Queen. It is an excellent introduction to the story, giving the reader a good foundation and knowledge of the world and how different Sylvi is from Lenore.

However, after that, the story starts to lose itself. Sylvi embarks on a journey through the treacherous snow and winter, faced with physical and mystical dangers. However, the story takes so long to deliver the tension and the stakes.

The story is ultimately about exploring Sylvi’s roots and magic, and it does that, but it takes too long to do so. The story drags, going from one treacherous part of the journey to another. The pacing lacks losing the reader.

Winter, White, and Wicked is also repetitive. These characters go back and forth, having the same argument, saying the same things in different ways so much that it makes the story dull.

Then there were the characters. Mars is incredibly unlikeable. He is a scheming, manipulative bastard. Yes, his motivations for a free country are great, but it is no excuse for how Mars treats and talks to Sylvi. He knows more than her, and instead of just telling her, he manipulates her. Again, it does make sense for the story, but as a reader, I just wanted Sylvi to throw him off her rig and abandon him to the cold.

The dynamics were just off overall. Sylvi is a good character, but I did not love her. There was just something about her personality, her unwillingness to listen, that rubbed me the wrong way. Her life has not always been an easy one, but she had Lenore, she had Winter, she had people who cared about her. However, she is as stubborn as they come, ultimately making her less charismatic than she would have been otherwise.

Ultimately, Winter, White, and Wicked was a bit of a letdown. It just dragged along like a rig on ice, slowly making its way to the end. Nevertheless, the ending was disappointing because it built up all the lies built up Sylvi’s life and then ends. Nothing happens other than her joining the rebellion, and that sucks. There should have been something more, some outburst between her and Winter, given the novel’s events, and yet, nothing happens. It felt as if the story was building to something, and then the author just decided not to see it through. 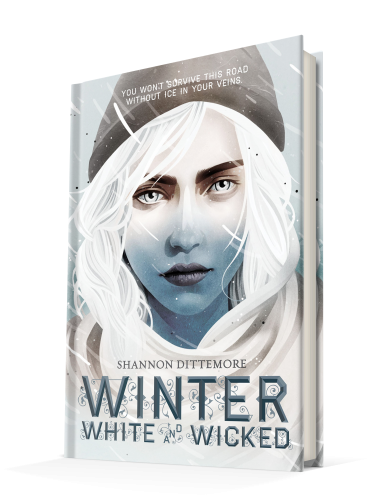