Cupid’s Match brings Greek Mythology to the modern era with a humorous and tension-driven take on the tale of Cupid.

You know, I honestly did not know if I was going to like Cupid’s Match or not. It had been sitting on my digital shelf for quite some time that I had almost forgotten about it. However, I was looking at some of my oldest digital arcs and finally decided to read this.

I was not disappointed.

Cupid’s Match was a fun read. It follows Lila, who storms into the Cupid’s Matchmaking Service to get them to stop spamming her. Here, she finds out that her soulmate, her match, is none other than the god of love himself, Cupid. However, the first rule of the Matchmaking service is that no Cupid can ever be matched.

However, of course, Cupid has never been one for rules as he enrolls himself in her school to meet his so-called match, sending Lila’s life into a chaotic mess.

It was a fun novel, and Palphreyman made the romance work by staying away from the insta-love trope. Instead, Palphreyman works on developing the friendship between the characters first and foremost, giving their relationship an excellent foundation to build off of.

However, the story also worked because Palphreyman used misdirection. For example, everyone who works for the matchmaking service is called a cupid, so Lila’s match may be another cupid and not the Cupid. Palphreyman’s writing style worked; she developed the story, and the characters worked well.

I also loved how Palphreyman brought to life Venus, Aphrodite, to many. Palphreyman’s rendition of Aphrodite is cruel, delusional, a perfect sociopath, but it is not far from classic mythology. Aphrodite cares much about herself, seeing herself as the sole governor of love and mandating that everyone keep their minds clear by forgoing love themselves.

It was a brilliant way to make Greek mythology unique in this case, and it worked for Cupid’s Match. As a novel, it works well on its own, but I hear it is the first trilogy. I will say I am intrigued, but I do not know if I am that intrigued to read the rest because it is a story that holds together well and comes to a solid conclusion. Great mythological characters such as Pandora, Medusa, and the Minotaur among the cast of characters helped with the climactic ending.

Cupid’s Match was a unique way to bring Greek mythology to life. It stands out amongst the crowd and stays away from cliches and tropes. 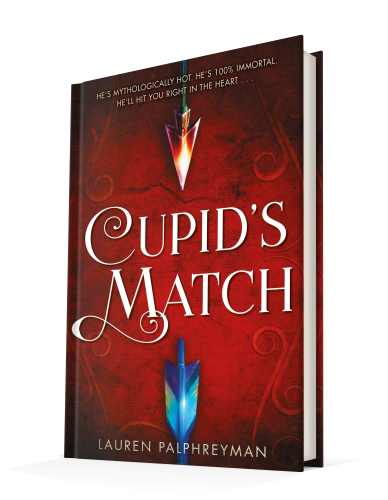