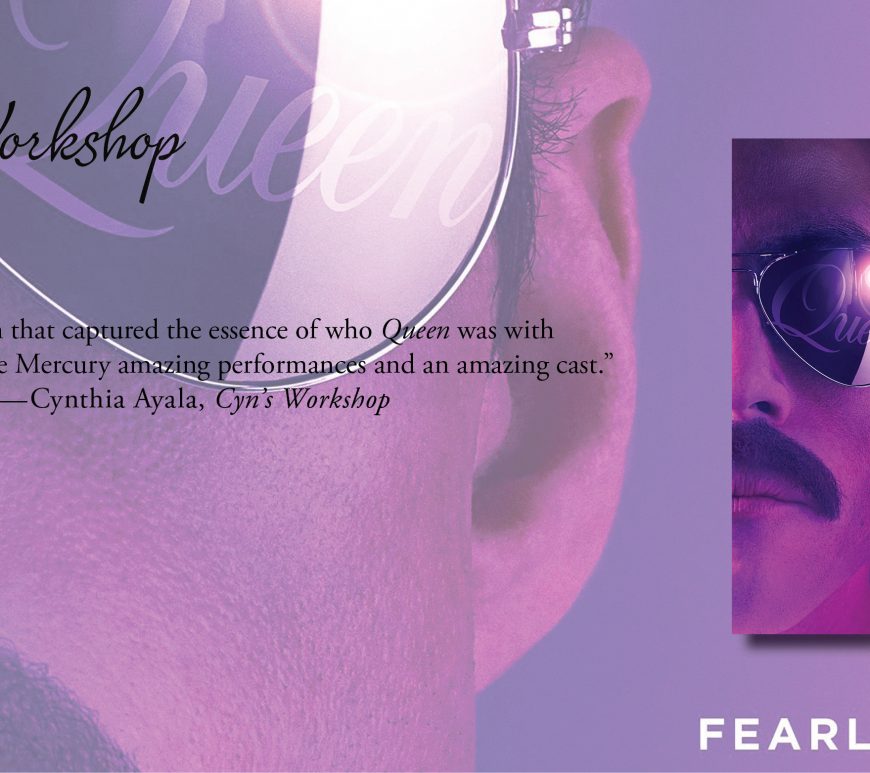 A film that captured the essence of who Queen was with Freddie Mercury amazing performances and an amazing cast. END_OF_DOCUMENT_TOKEN_TO_BE_REPLACED 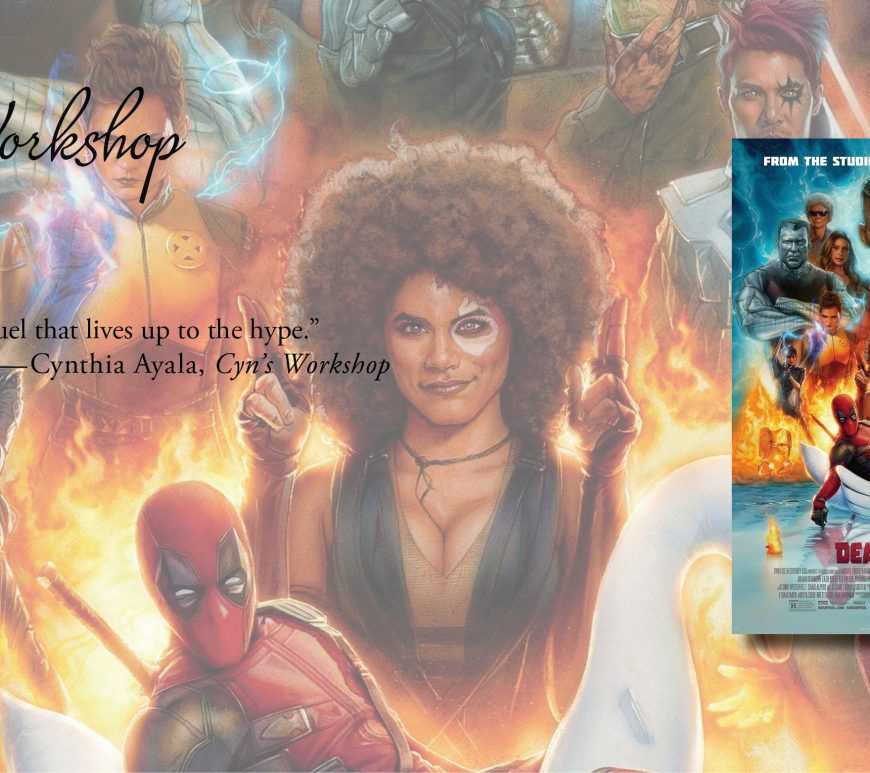 A sequel that lives up to the hype. END_OF_DOCUMENT_TOKEN_TO_BE_REPLACED 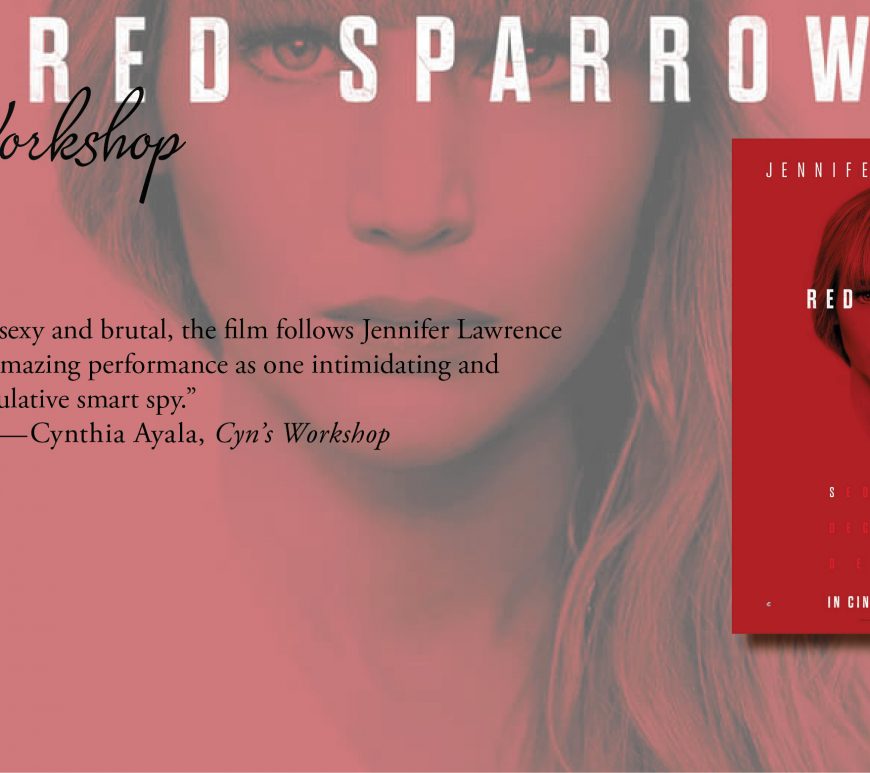 Both sexy and brutal, the film follows Jennifer Lawrence in an amazing performance as one intimidating and manipulative smart spy. END_OF_DOCUMENT_TOKEN_TO_BE_REPLACED 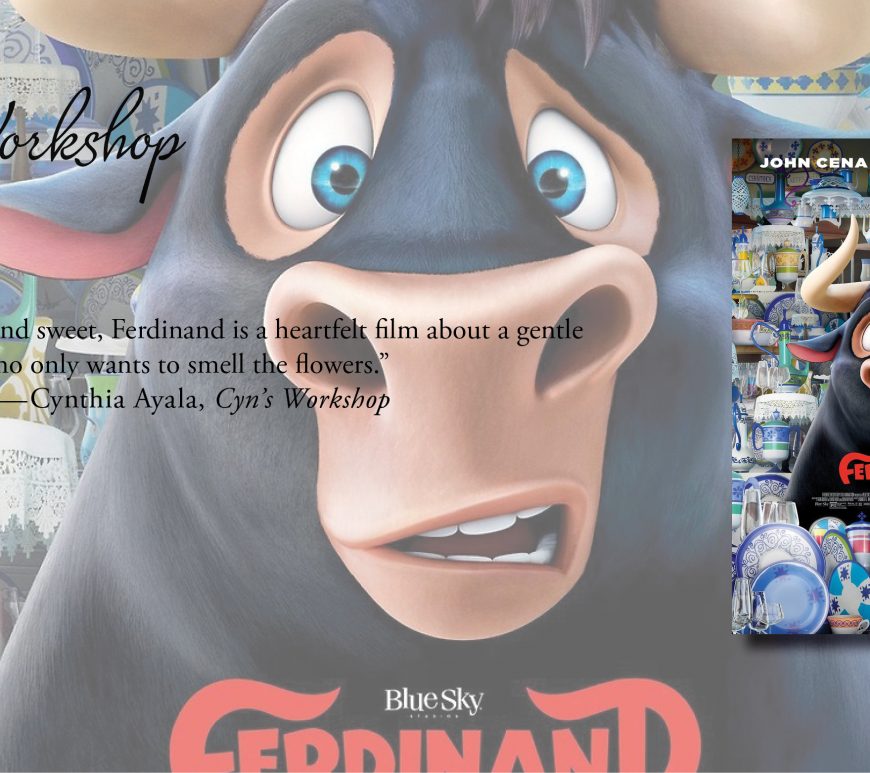 Fun and sweet, Ferdinand is a heartfelt film about a gentle bull who only wants to smell the flowers. END_OF_DOCUMENT_TOKEN_TO_BE_REPLACED 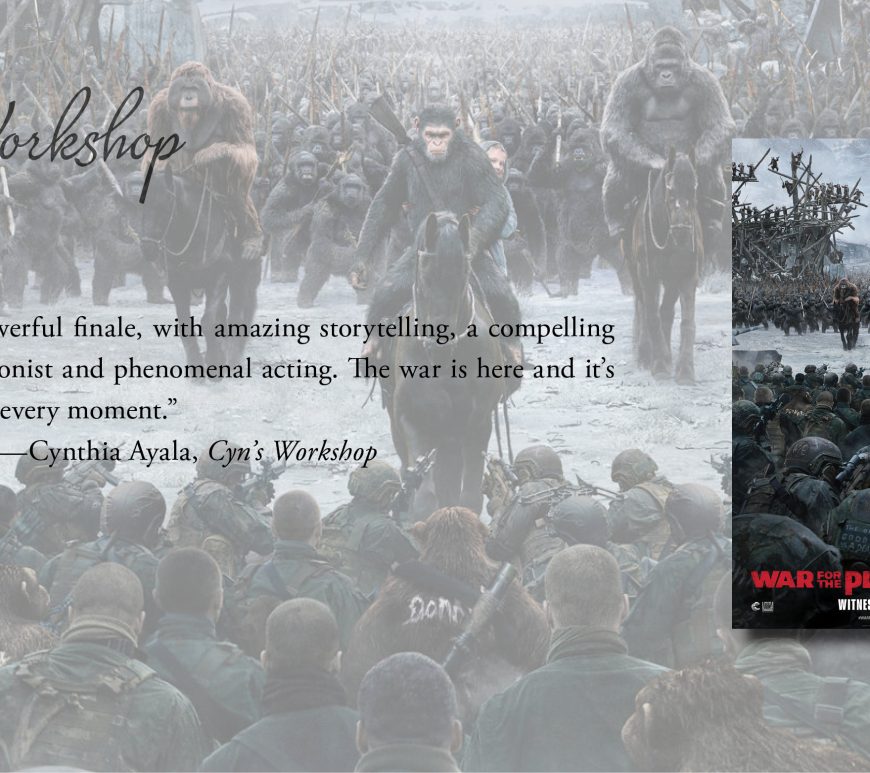 “After the apes suffer unimaginable losses, Caesar wrestles with his darker instincts and begins his own mythic quest to avenge his kind.” —IMDB

Wow. The Planet of the Apes franchise that Matt Reeves and team have given birth too is one so remarkable not only because it gives insight into the past but because it is systematically setting up the world fans know all about. But there is also a progression to the story line, a way it moves forward from the first film and develops those aspects from the first film. The series itself has led up to this amazing moment where it builds the characters, where it builds the story to this moment. There was no other way for the story to go, no other direction that would have felt so emotional and so grounded in reality as this franchise. It’s an amazing film that has the audience rooting against the humans and rooting for the apes.
END_OF_DOCUMENT_TOKEN_TO_BE_REPLACED 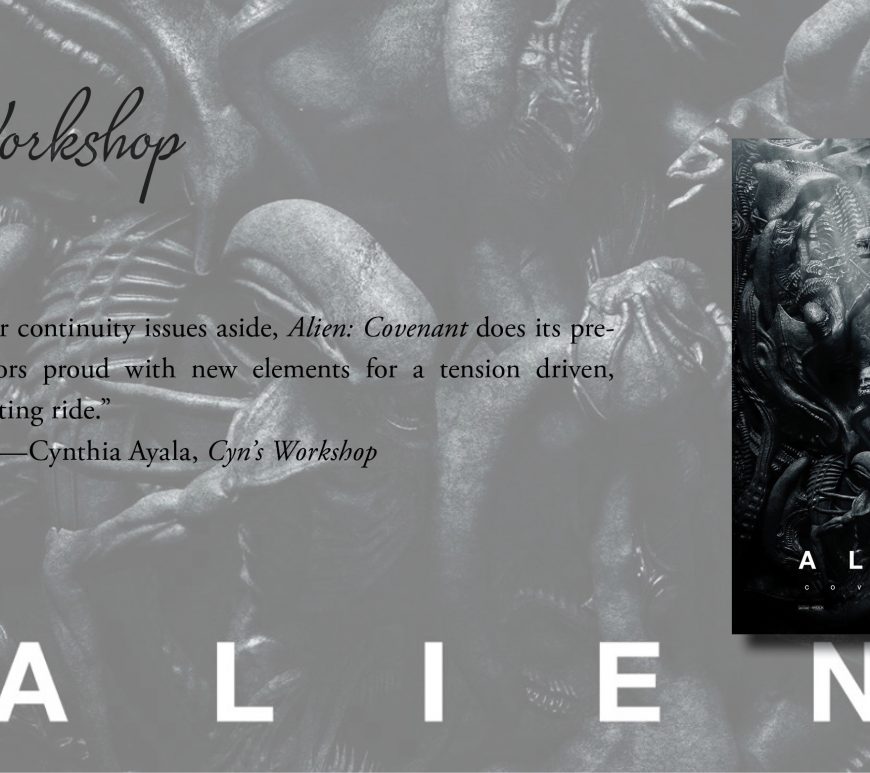 “The crew of a colony ship, bound for a remote planet, discover an uncharted paradise with a threat beyond their imagination, and must attempt a harrowing escape.”

Alien: Covenant does its predecessors proud…for the most part. While the film was overly amazing, at the end of it, it’s clear that it suffers from some continuity issues. But I’ll get to that in a minute because overall, they don’t affect the enjoyment of this film at all.
END_OF_DOCUMENT_TOKEN_TO_BE_REPLACED 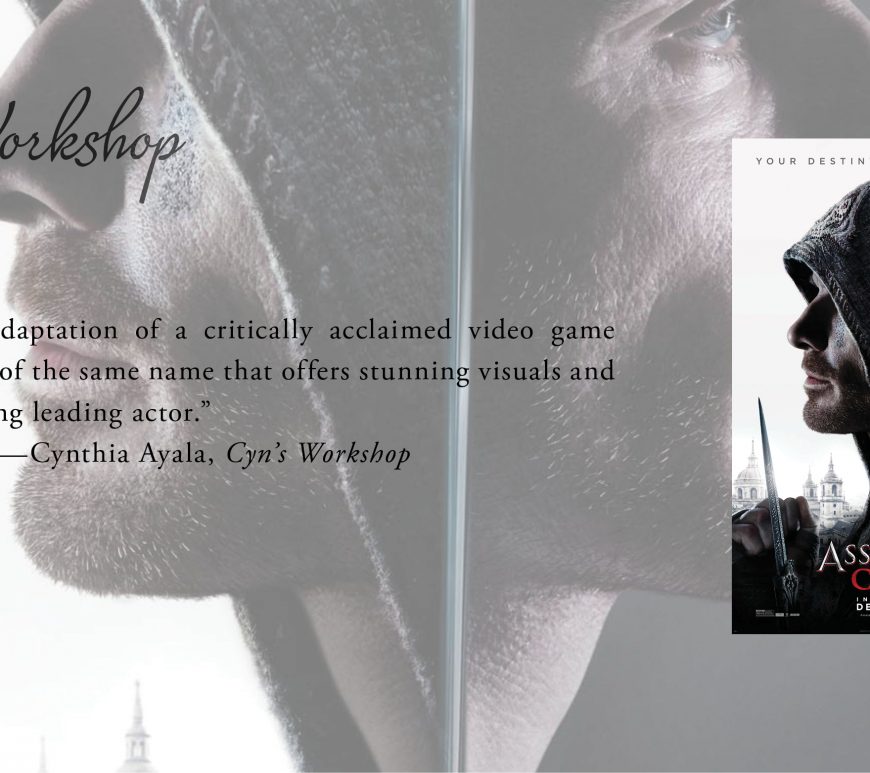 “When Callum Lynch explores the memories of his ancestor Aguilar and gains the skills of a Master Assassin, he discovers he is a descendant of the secret Assassins society.”

When you’re adapting a video game into a film there will always be challenges because some have very little stories to them and are just “beat-em-up” games while others have this amazing story lines that the gamers and critics loved. There is always a challenge to allow for some creative license while also adapting a story. Assassin’s Creed follows under the latter.
END_OF_DOCUMENT_TOKEN_TO_BE_REPLACED 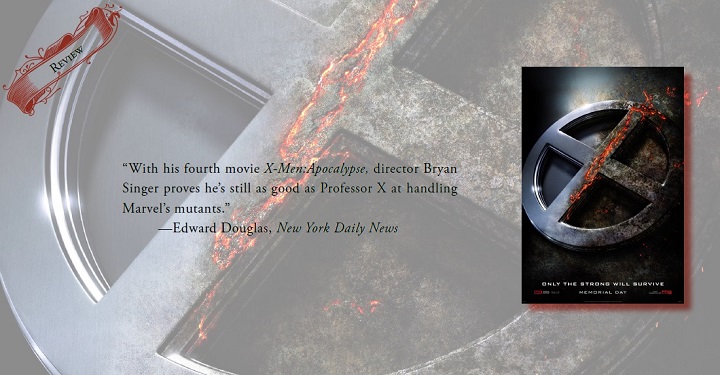 When an ancient mutant with tremendous powers awakens from a deep sleep to find the humans have taken over, he vows, with his four horsemen—Magneto, Storm, Psylocke, and Angel—to reshape the world and bring everyone—humans and mutants—to their knees.

X-Men: Apocalypse is the third film in the prequel X-Men franchise that has a stunning cast, amazing special effects, and a story worth viewing.
END_OF_DOCUMENT_TOKEN_TO_BE_REPLACED 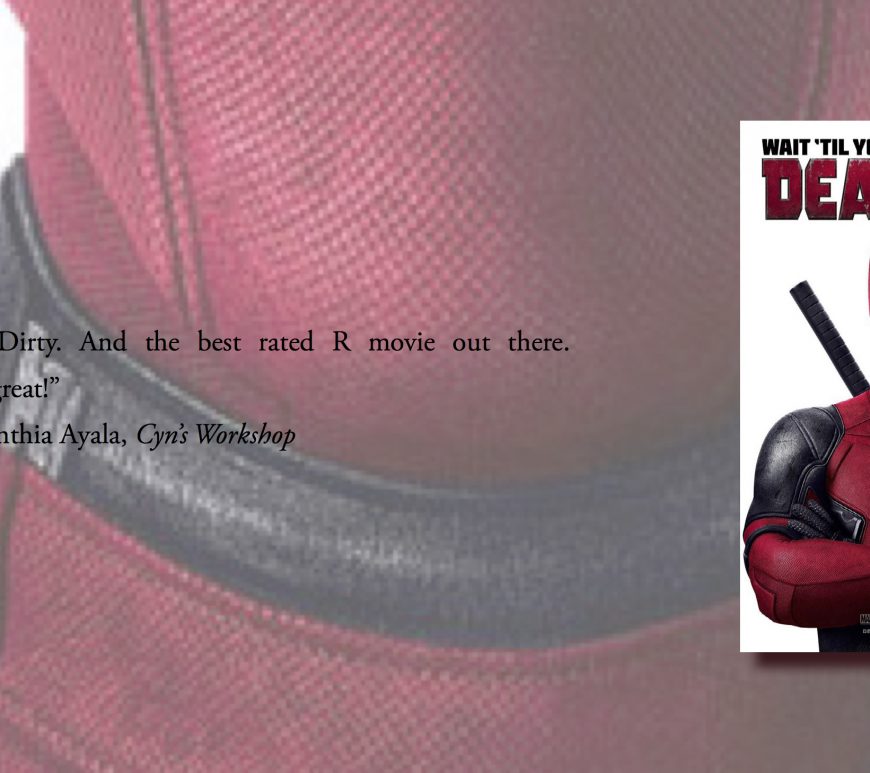 Wade Wilson is a former Special Forces operative who now works as a mercenary. His world comes crashing down when evil scientist Ajax tortures, disfigures and transforms him into Deadpool. The rogue experiment leaves Deadpool with accelerated healing powers and a twisted sense of humor. With help from mutant allies Colossus and Negasonic Teenage Warhead, Deadpool uses his new skills to hunt down the man who nearly destroyed his life.

There was no better sound than that of Deadpool finally making it onto the screen because this film was fantastic.
END_OF_DOCUMENT_TOKEN_TO_BE_REPLACED 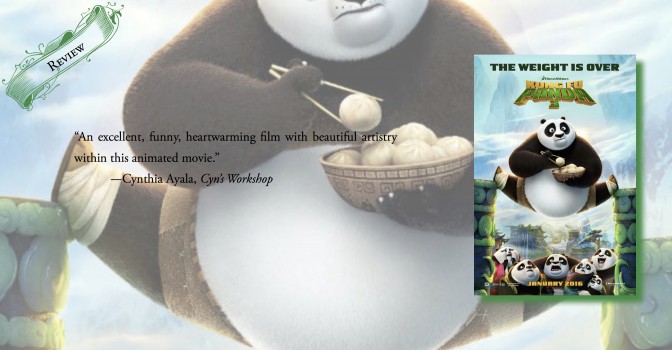 Living large and loving life, Po realizes that he has a lot to learn if he is going to fulfill the next challenge from his beloved instructor. After reuniting with his long-lost father, Po must transition from student to teacher and train a group of fun-loving, clumsy pandas to become martial-arts fighters. Together, the kung-fu brethren unite to take on the evil Kai, a supernatural warrior who becomes stronger with each battle.

Kung-Fu Panda 3 is the third and film in the Kung-Fu Panda franchise and delivers laughs and love on every level.
END_OF_DOCUMENT_TOKEN_TO_BE_REPLACED