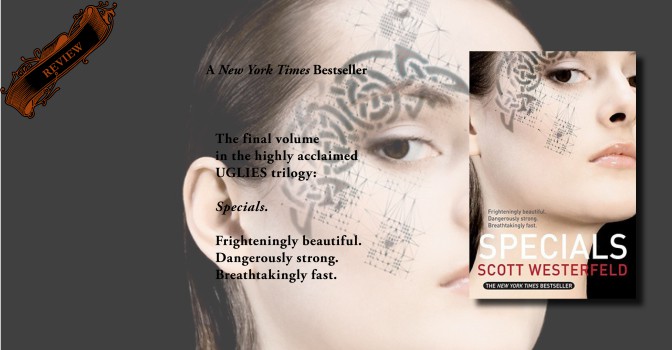 “Special Circumstances” was supposed to be just a myth, something to keep Pretties and Uglies in check, a scary story. But for Tally, they were very real, and now, they have made her and most of her friends Specials. Dangerous and apathetic, the team of Specials have been given one mission: destroy New Smoke and their allies. Still, nothing has ever been easy for Tally whose heart continues to fight what she has become. Now she has a choice, be a hero to the so called villains or destroy them.

Specials is the third book in the Uglies series by Scott Westerfeld. The series, a young adult dystopic/fantasy, was published by Simon Pulse on May 9, 2008, follows Tally Youngblood as she discovers who she is in a world that divides people by their looks.
END_OF_DOCUMENT_TOKEN_TO_BE_REPLACED