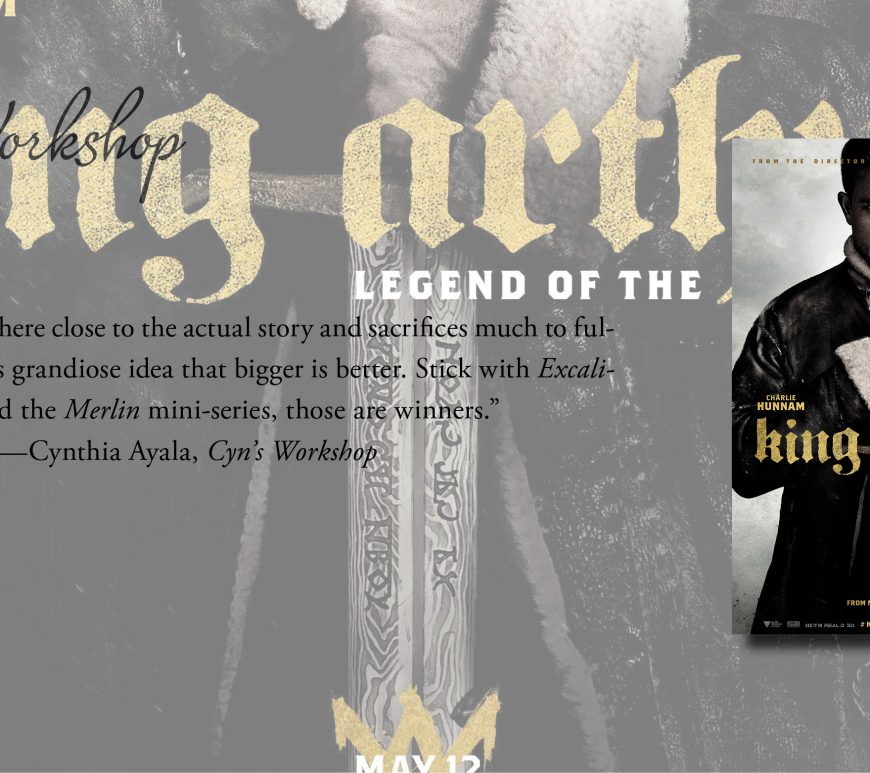 “Robbed of his birthright, Arthur comes up the hard way in the back alleys of the city. But once he pulls the sword from the stone, he is forced to acknowledge his true legacy – whether he likes it or not.”

Another film about King Arthur. Tales of his majesty and the realm of magic and swordsmanship have been adapted in many ways, from the big screen to the small screen. There hasn’t been an accurate adaptation of the tale since Excalibur and the Merlin miniseries, but pivotal characters weren’t left behind, weren’t forgotten in the telling of the stories. This film seems to have forgotten all about Merlin, Morgan Le Fay and Mordred and the pivotal parts they played in shaping up the Arthurian legend.