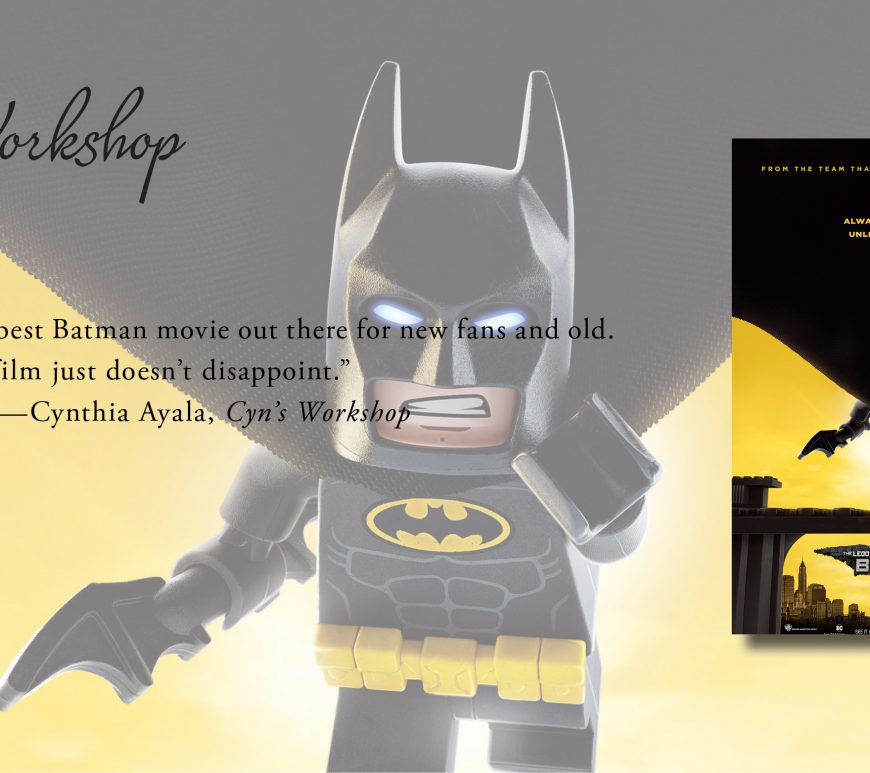 By far the best Batman movie out there, The Lego Batman Movie is awesome for so many reasons. Focusing on who the character is, in such a playful way, the writers understood what makes Batman such a strong character and a fan favorite character. He’s always had his head up his tushie, and this film uses that element to make the film so funny. But then there are those sadder moments, the moments that reflect on the past and the defining moment that makes Batman who he is. The writers understand Batman better than I’ve seen in such a long time. Then there is that classic dynamic he has with Joker. This film nailed that relationship, that very toxic and twisted relationship, with perfection! Not since The Dark Knight has their relationship been so clearly and wonderfully established to build up this duo that has been the cause of so many iconic comic book moments.
END_OF_DOCUMENT_TOKEN_TO_BE_REPLACED

By: Cynthia A. Does this bring back any fond memories of CW’s Smallville to anyone?  That show started out well enough but some of those years before the final season were, to say the least, utter crap.  But as the Blue Lantern that this writer is, I have hope that all will be well. In any case, it looks as though Fox is bringing The … END_OF_DOCUMENT_TOKEN_TO_BE_REPLACED

By: Eric Eisenberg Anthony Michael Hall is an actor who has undergone a pretty impressive transformation over the course of his career. While he started out as a teen playing geeks and nerds in John Hughes movies, as he aged he grew to a strong size and is now almost unrecognizable to his fans from the 80s. Also, unlike some of his Brat Pack cohorts, he … END_OF_DOCUMENT_TOKEN_TO_BE_REPLACED

By: Kristy Puchko After the untimely death of Heath Ledger months before The Dark Knight debuted in 2008, fans across the world not only mourned his passing, but also inevitably wondered what this meant for the future of Christopher Nolan’s Batman franchise. When the film was released nearly seven months later, audiences and critics alike were blown away by Ledger’s chilling performance. And after posthumously … END_OF_DOCUMENT_TOKEN_TO_BE_REPLACED