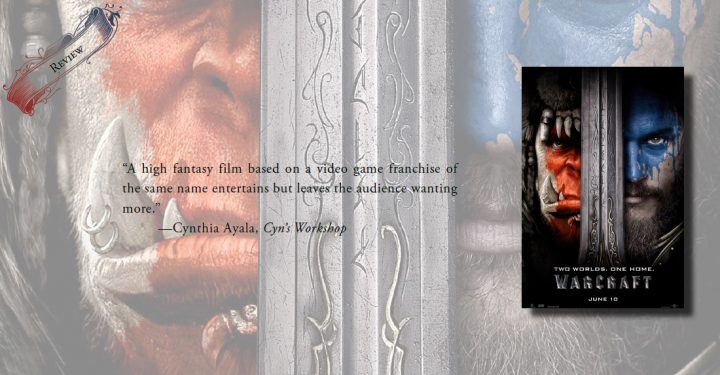 The peaceful realm of Azeroth stands on the brink of war as its civilization faces a fearsome race of invaders: orc warriors fleeing their dying home to colonize another. As a portal opens to connect the two worlds, one army faces destruction and the other faces extinction. From opposing sides, two heroes are set on a collision course that will decide the fate of their family, their people, and their home.

END_OF_DOCUMENT_TOKEN_TO_BE_REPLACED

An amazing and heartwarming film that takes on a very human element as it continues the Planet of the Apes saga, captivating audiences with a captivating story and amazing acting.
END_OF_DOCUMENT_TOKEN_TO_BE_REPLACED

By: Eric Eisenberg It was a huge news back in September 2012 when it was announced that director Matt Reeves would be replacing Rupert Wyatt at the helm of Dawn of the Planet of the Apes, and today we have news that’s just as big – if not bigger. Deadline is reporting that 20th Century Fox and Chernin Entertainment have already struck up a deal … END_OF_DOCUMENT_TOKEN_TO_BE_REPLACED

By: Justin Haywald The Blizzard Warcraft movie comes yet another step closer to reality: six members of the film’s cast were announced today. Although no specific roles were listed, Slashfilm revealed the following actors and actresses will star in the film: Ben Foster — The Messenger, 3:10 To Yuma, X-Men: The Last Stand Travis Fimmel — Vikings the television series Paula Patton — Baggage Claim, … END_OF_DOCUMENT_TOKEN_TO_BE_REPLACED

By:  Nick Venable For as long as technology has been around helping humans to live better lives, there have always been naysayers claiming society will doom itself in succumbing to all things technological. It’s a frequent theme of science fiction, where our innermost desires are extended and engorged with greed, eased by the ability to make a machine do our dirty work. Recently, the BBC’s powerfully … END_OF_DOCUMENT_TOKEN_TO_BE_REPLACED