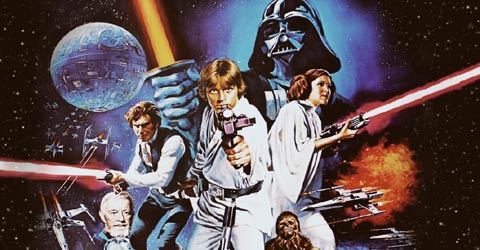 The thought of Star Wars spin-off films should be tantalizing for any fan. While it’s possible that Disney and LucasFilm could be planning movies based around already established characters – like Han Solo, Boba Fett and Yoda – there’s also a distinct possibility that they will plan something completely different. The Star Wars universe exists far beyond everything that has been featured in Episodes I through VI. So which will it be?

The answer to the question remains one of the most sought after in Hollywood and geek circles, and, frankly, the search isn’t greatly aided by new comments by writer Lawrence Kasdan, who recently spoke with the Los Angeles Times. Kasdan, who scripted both The Empire Strikes Back andReturn of the Jedi, is now one of two writers (the other being X-Men: Days of Future Past‘s Simon Kinberg) currently working on a Star Wars spin-off movie for Disney/LucasFilm and while he wouldn’t confirm if his new movie would center on an established character, he did give the paper a vague statement that should keeps fans speculating for a while.

“I’m trying to start fresh,” he said. “There are certain pleasures that we think the saga can bring to people that they’ve been missing, and we’re hoping to bring them that, and at the same time, have them feel that it’s all new.”

Does starting fresh mean that he’s going to be introducing brand new characters to the world of Star Wars? Is he just saying that it’s a rebound from the prequels? What does that mean?!

Confusion aside, Kasdan did also take a moment to please old school fans by praising the original trilogy and elevating it over the more recent prequels. Said the filmmaker, “The ones I worked on were a long time ago, and they had a slightly different feeling than the ones that followed. The first three, Star Wars, Empire and Return of the Jedi are all sort of more aboutpeople than the ones that followed.”

Regardless of what does end up happening, what would you actually like to see happen? What Star Wars movies are you keen on seeing them make?