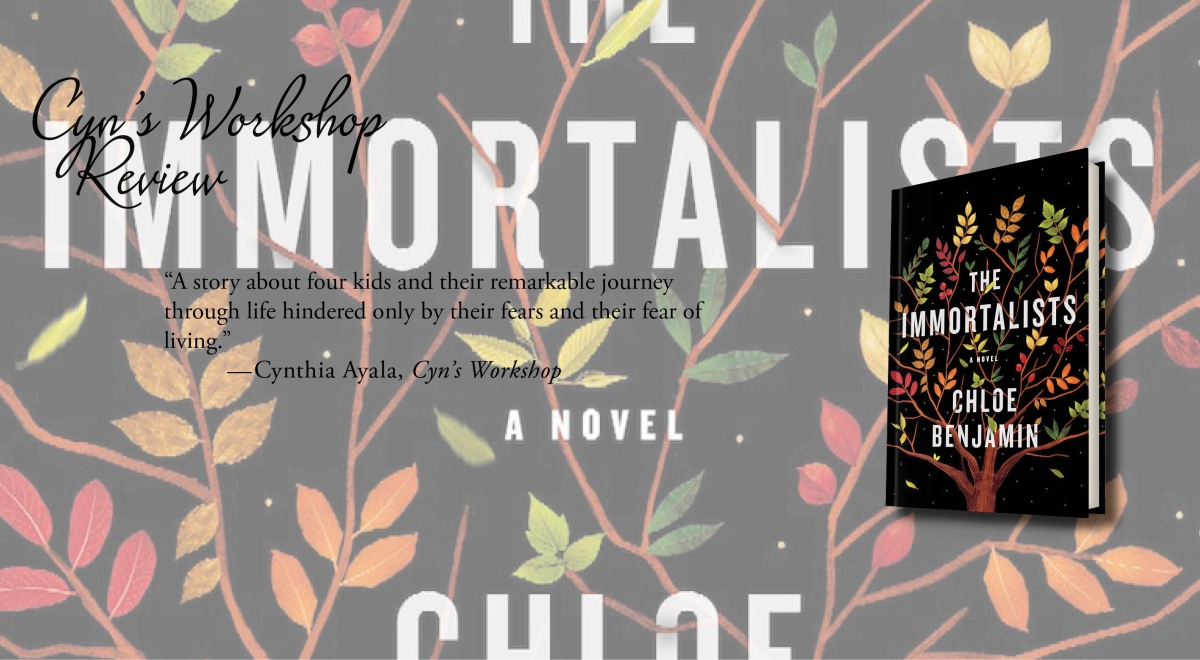 “If you were told the date of your death, how would it shape your present? It’s 1969 in New York City’s Lower East Side, and word has spread of the arrival of a mystical woman, a traveling psychic who claims to be able to tell anyone the day they will die. The Gold children—four adolescents on the cusp of self-awareness—sneak out to hear their fortunes. Their prophecies inform their next five decades. Golden-boy Simon escapes to the West Coast, searching for love in ’80s San Francisco; dreamy Klara becomes a Las Vegas magician, obsessed with blurring reality and fantasy; eldest son Daniel seeks security as an army doctor post-9/11, hoping to control fate; and bookish Varya throws herself into longevity research, where she tests the boundary between science and immortality.” —Goodreads

Published January 9, 2018, by G.P. Putnam’s Sons The Immortalists by Chloe Benjamin is a coming of age contemporary novel dealing with life and death and living.

The Immortalist is not a book one would usually see here on this blog, but it was a very intriguing read and a thoughtful pick. Everyone knows the same to know the future is to be trapped by it and that is very much the scope of this novel it is the bubble that this novel lives in, and it is fascinating to see that concept take control of the novel and drive it forward for these four separate and different characters. The novel opens with four young children, siblings of various ages, who see a psychic about their deaths. The idea of death is not one that one would think children would be interested in and yet it is the climax of this novel, opening with such a powerful moment giving the story a strong foundation.

This news affects each child in such a different way, and it is interesting to see the way cause and effect work in this novel. It goes through the motions of evaluating the child, going from youngest to oldest and studying how their knowledge of death has affected their lives and how their lives, and deaths, in turn, affect one another.

It is interesting to see how these stories interconnect and how these siblings grow apart and then verge together. There’s sadness in the novel but also love and the novel, it captures such a compelling idea, not about death but life, about living one’s life. No one ever wants to think about death, but it is always around the corner, it is impossible to escape, but these characters have to live their lives despite that. No, they learn to live their lives despite that. Moreover, through each character, the reader can see how they seek to live their lives, how they seek to be happy with the time they have. Because that is what life is, it is about being happy. Moreover, as much as this novel focuses on life and death and being happy, it also gives strength to the family dynamic.

No family is perfect, some may look it, but every family has their problems on how everyone acts contrary to what they want. However, it teaches a lesson here in the novel: that no one should be expected to put their lives on hold for other people. That is not living, and these characters discover that, through trial and heartbreak, these characters discover happiness in their lives, even knowing that death is coming on a specific day. Even more realistic is the tension driven relationship between the family. Often it is critical and angry, but it is also loving.

There is so much realism to the novel as it moves from the 80s and the AIDS crisis to present day, capturing the time periods with ease. Significant things happened and to see how they affected these four characters, in such different ways, was terrific. It brings the characters to life, giving them dimension through the time, making them sympathetic characters. There are times when the reader both loves and hates them when the characters annoying them yet are being entirely reasonable in their desires to be happy. It is an emotionally driven novel driven by emotionally driven characters.

The characters are what make the novel as they strive to learn the meaning of living. Sure, it is a cliché in numerous mediums that there is a difference between living and surviving, and this novel addresses that without being cliché about it. It tells a story about four people who had something bizarre happen to them when they were children, it shows the reader the effects of that knowledge and the changes in these characters. It captures life, both beautifully and unremorsefully. (★★★★☆ | B+)