Not Even Bones is an incredible novel, and I am mad at myself for not picking this novel up sooner.

A dark fantasy, Not Even Bones follows Nita, a young girl who works for her mother selling magical body parts on the black market. That is until she is betrayed and placed on that very same market.

It is such a tantalizing and dark fantasy, getting into the head of Nita. She has such a questionable upbringing, having a fascination with dissecting bodies. When the blurb says, Dexter meets This Savage Song¸ it does mean that.

Getting inside Nita’s head is fascinating. She questions her identity, of whether she is a sociopath. However, when her mother brings someone alive, a young boy her age, Nita begins to question what she does with her mother.

It is a compelling character-driven novel, especially once the black market kidnaps Nita to sell. Nita was going to try to get out, but now she will do anything to save herself.

Not Even Bones is a morally questionable novel as it follows Nita’s change in position. With the ability to heal herself, she is now the most wanted item in the black market, and to save herself; she needs to put her morals aside. Following Nita’s narrative and growth through the novel is so compelling because it raises many questions not just for the reader but for Nita as well. It gives her character life; it makes her flawed, relatable, and multi-faceted.

The same goes for Kovit. The story shows Kovit as one thing, but as the story goes on, the complexities surrounding him. He is an unnatural, on the dangerous species list, but there is so much beneath the surface. He is as complicated as Nita, with so many layers to his personality, and so much history that makes him an engaging character.

As with the characters, the story is also so amazing. There is much tension in the story and the space in which the story takes place is small. For most of the novel, Nita is in a cage, trying to survive, and it is the tension of her situation that gives the story its edge. Given her situation, Nita is now alive on the other side of the coin. All she wants is to escape, to survive, but there is a cost to it, a deadly cost.

The pacing is impressive considering the lack of scenery. It steadily raises the tension as it develops the characters and the story, giving the reader a clear evolution of the story. It was amazing to see the story unfold, to see it move and escalate, to see Nita grow as a character as she embarks on this morally questionable quest of survival. 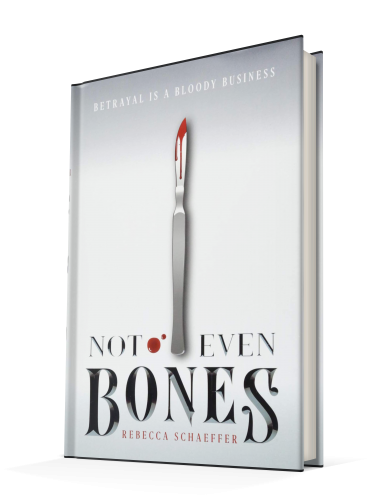