The Year of the Witching is one of those novels that stands out against the crowd. From beginning to end, this novel offers tension and deals with issues like sexism and racism in powerful ways.

Immanuelle Moore is a biracial girl born out of wedlock. Not only does she have dark skin and curly hair like her father, upon his death, but her mother also ventured into the Darkwoods. These woods are the realm of the Mother and Witches and the fact that she survived while pregnant gives her community pause.

These events make Immanuelle an outcast, but her family loves her and stands by her through it all, never blaming her for any hardships.

This strong family unit contrasts with the Puritanical society in which they live. At first glance, it reads like a cult following. But upon further reading, the reader is grounded in the eerie familiarity to the Puritans during the Witch Hunts.

This cultish feel to the novel gives off an edge of discomfort yet hooks the reader in. In some ways, it is reminiscent of The Grace Year, highlighting the subservient nature placed on women as a gender. It is a compelling look at the continued mistreatment of women.

A Look at Sexism and Racism

The Prophet has many wives, and even uses his position of power to take young women at such young ages. This feels so real, Immanuelle anger at this discovery, at the mistreatment of women in her town, how they are made to be cowed and stripped of their voices and desires, resonates with the reader.

The Year of the Witching takes a good look at sexism and misogyny. Through this lens of religion and setting the novel in a town similar to the Puritan settlements, the reader can see that this mistreatment of women still lives on today, where women are subjected to the whims and inequality of men.

There is also such a powerful message of racism in the novel. Immanuelle’s skin color makes her an outcast, but having a white mother allows her some clemency. Her treatment juxtaposes that of other people with her skin color, highlighting the racism in the novel. Immanuelle is allowed into Bethel but they force other people of color to live on the Outskirts. Because of their skin color, they have to beg for scraps, unable to enter the town that claims to have their salvation.

There is a wall within the novel, both metaphorically and physically, that keeps the people of Bethel submissive and chained to these archaic teachings. However, for Immanuelle she sees beyond these teachings. Immanuelle is the strength, not giving in to her anger, but using her anger to inspire change and open the eyes of her people. She is an incredible character who grows so much and finds the power within herself to stand up for what is right and inspire change throughout the community.

The Year of the Witching 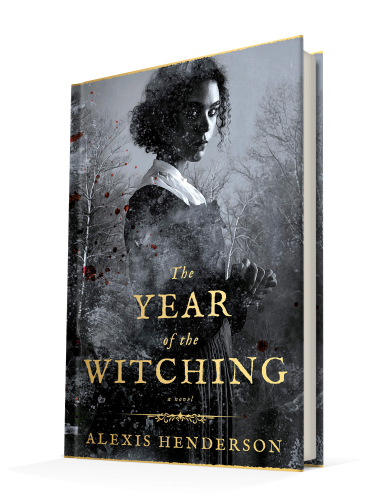 2 thoughts on “Review of ‘The Year of the Witching’”