Entwined by A. J. Rosen is a pleasant surprise. This novel is a reimagining of Greek mythology following the descendants of the Greek gods. While an exciting premise, parts of it are poorly executed.

Rosen did a decent job with her storytelling. While it did not lack substance, it was too predictable at times. Rosen made it evident that Avery is a descendant of Hades. It seems intentional on Rosen’s part because it did create this air of mystery.

That is the saving grace around it, this air of intrigue surrounding her origin. This revelation also creates dynamic tension and gives insight into the history of the Gods.

There is also this idea of soulmates, which can, at times, be a little off-putting to the reader. The reason being is that it does tend to be cliché and removes some of the magic with the romance.

However, Rosen was able to give it depth by tying it to the origins of humans in Greek mythology. Rosen did an incredibly good job giving her story depth and substance while also honoring Greek mythology. She stays true to the mythology while also allowing herself liberties to give the story a strong foundation.

The clichés, tropes, and predictability do not weigh down the story or make it boring because of how Rosen twists things around.

That said, while the storytelling is engaging, the characters are what lack substance.

Avery is not compelling as the main protagonist. She is a little off-putting because she has such a massive chip on her shoulder regarding the idea of soulmates. Yes, Rosen does give the reader a reason why Avery does, but her tone comes off as like a brat, and her attitude does not make her heartwarming. The author was trying to give the reader a strong female character, but she failed by not making her relatable.

Avery’s relationships do not fare much better. Her parents are pretty much non-existent, leaving the reader to wonder if they do not care for her at all because she is not their daughter. However, after that revelation, given how highly they revere Hades, it would have been more realistic to see them care for her genuinely. It is as though there is a switch in their minds reminding them of this and then at the end, they want to be dotting parents.

It just did not flow, seemingly out of nowhere with little development to make it believable.

Then there is her best friend who is so forgettable. She is mainly there to be the titular best-friend character. She has no substance. However, she does balance out Avery in a pleasant way. She has a brighter personality versus Avery so at least there is a pleasant balance between them. Nevertheless, she just lacks substance

And of course, the love triangle. Thankfully, there is some development in this love triangle, but overall, it does fall into clichés. There is the bad boy, and then the model citizen both vying for her heart. Moreover, she loves each other differently. That is a whole lot of clichés wrapped up into one. Now, that is not to say it bad it just lacks creativity. However, once again, Rosen was able to take a cliché trope and develop it. This dynamic is the one thing that has some substance to it because it builds to it. There are layers to the romance which give it depth.

Ultimately Entwined is a decent enough novel. Entwined is a novel to read if one is interested in Greek mythology not so much the character. There is tension in the story, but the overall dynamics and characterization fall flat. 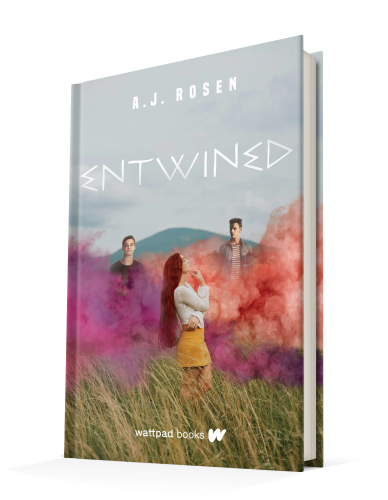