The opening prologue sets up the stage for a union between two peoples who seek to change their world and bring out peace. Many details are glossed over, much history that is thrown in with little to no context. Nevertheless, it holds the reader’s attention as it follows these two characters set on changing their world.

However, the story jumps ahead to see their world created, following a new set of characters,

The pacing of the story needed more structure. The world-building lacks detail and structure, making it difficult to follow the politics of the novel. The politics are a part of the novel, and I struggled to get invested with them, especially after the opening. It needed more world-building to set everything and to make it easy to follow.
Given that there is magic at play in the novel, it would have been richer to see the importance of magic and how it played into politics more clearly.

Honestly, I could not find myself caring about these characters. They were all very abrasive, with Emory Fae being the exception. However, Emory is not given much focus, lingering on the edges as a girl who is friends to all these powerful men. That was a turnoff, but again to the male characters. Adair, Brokk, and Memphis are all unlikable.

McCartney made it easy to see the struggle Adair has with his inner darkness. That was one the few moments when the story was exciting and when the reader can connect to his characterization. Other than that, his dynamics with his fellow male characters were lackluster. Brokk’s attitude and distrust of the world he grew up in is not understandable; there needed to be more depth to build upon his anger and resentment.

Renege simply needed more structure and depth. As a prequel novel, it is easier to understand if the reader has read the rest of the series first, but that is not how it should be. McCartney wrote Renegade for fans of her Black Dawn series and not new readers because it lacks cohesive world-building, making this a somewhat enjoyable read. 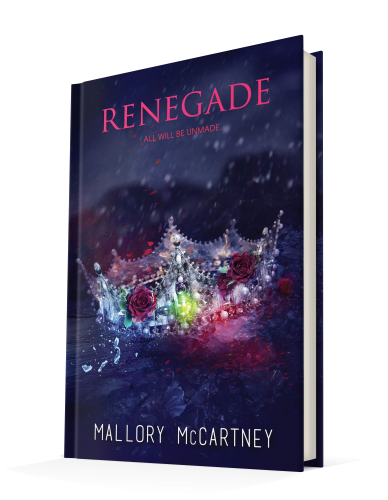