Fire, the second novel in the Graceling series by Kristin Cashore, goes beyond the mountains and focuses on Fire, a girl of magic born from a monster.

Fire is an interesting enough story, but there are far too many distracting elements. Fire opens with a prologue about King Lek. This is his origin story and an interesting one at that. The reader gets to know a little more about where the villain of Graceling came from.

While it is an exciting and compelling way to start the story, it has little to do with this novel’s plot.

Beginning this way offers readers a distraction because it is such a powerful way to start the story, tell this story about such a significant character, and then have nothing to do with him. It is just distracting and misleads the reader into thinking the story will be about him at some point, and he does not appear in the story until the reader reaches the last quarter of the book. However, then as quickly as Lek appears, he is gone again.

In hindsight, it makes sense to see him because his power is similar to Fire, and it does highlight the fact that while she is a monster, she shows more humanity than Lek. It offers a different perspective about how power can corrupt, but it is all down to the individual how they use their power. While it gives the reader some perspective, adding this extra layer of depth to the story still distracts the reader from its primary focus.

Fire feels more like a new book than a sequel to Graceling because Cashore is world-building again. This is a whole new world apart from the seven kingdoms. So, it feels like a start to a new series. Having already read Bitterblue, it does serve as a bridge between Graceling and Bitterblue, but it feels more like it should be read first and not second.

Otherwise, it is an exciting novel because the elements are very different from the previous novel. The magic is new, and the story develops at an exciting pace.

The romance is also better developed than it was in the previous novel. There is a stronger foundation for the romance, one that delves deeper into the characters’ characterization. The reader gets to see the characters go from disliking each other to forming a partnership against an invading army. There is more depth to the relationship as it builds and grows between the characters.

Overall, Fire is a good novel. The problems stem from distracting elements such as Lek and the fact that this novel feels more like a start to a new series. However, excellent characterization and the magic and world-building in this novel are captivating, giving readers a unique adventure. 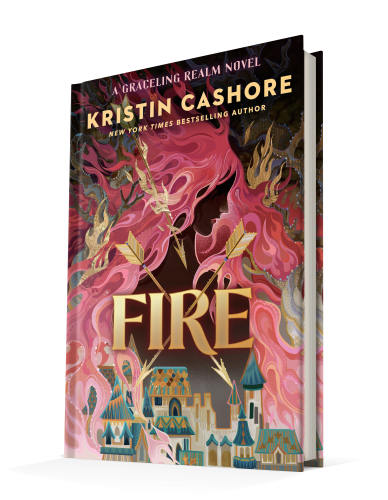