The first in an epic fantasy, The Eye of the World, opens a new world for readers everywhere.

I am shocked that I have never picked up the Wheel of Time series before now. Considering I lived in the fantasy section of the bookstore, plucking a book off the shelf and then sitting in the aisle to read, I am shocked that it never once occurred to me to pick up this series.

However, with the new Amazon Prime show, I was determined to read book one before beginning the show.

And here we are.

The Eye of the World originally came out in the 90s, but with this new publication, there are two prologues. It was exciting to see the story pull itself together with these prologues. First, we are given brief introductions into these characters at a younger age, following them through a time of innocence before we are thrust into a life of The Dragon, the Chosen One who is reincarnated time after time only to fall to darkness. Or so that is what the story alludes to.

There is a bit of mystery working here, which works well for any good fantasy, especially one that sends our band of heroes on a quest to get from point A to point B.

A Little Heavy on the Tropes

As much as I did enjoy reading and listening to The Eye of the World (I split my time between reading the physical trade paper to listening to the audiobook), I will say it did capture many of those fantasy tropes.

Our main hero, our chosen one, is a farm boy—however, not just any farm boy, an adopted one with no clue to his past. I have seen this done many times, yet I am still charmed by it. I am probably a sucker for a good farm boy story (i.e., Superman, Eragon, Luke Skywalker).

While The Eye of the World captures many fantasy tropes, the story is enjoyable. It filled me, as a reader, with this sense of familiarity as I read it. Moreover, we got to see the characters change so drastically from who they were initially. I do not think the story would have been as entertaining had the bad of heroes not split up because we are led to believe they are all important in some way or another.

The Eye of the World gives the reader time to know the heroes as they venture through the world. They change and evolve; they come to accept so much about themselves that challenges everything they thought they knew. Their little town of Two Rivers was so secluded from the rest of the world, but now they have to figure out how they fit into their new lives as the world changes and turns around them.

The Eye of the World is an excellent start to a new series. It flows, keeps the adventure and world-building up, and allows for strong character growth.

The Eye of the World 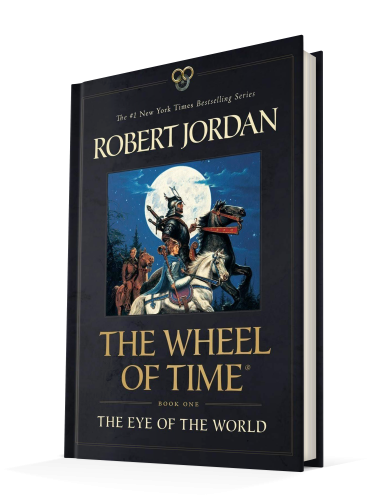