Happy Monday avid readers! My life is a little stressful right now, which kind of sucks but that’s why I have my writing and my reading. And here’s what I have brought you two reviews for today. First up is Green Lantern: New Guardians #35 followed by Aquaman #35.

Following the Bombshell, Batman 75th Anniversary and Selfie variants, the next DC Variants are spooky monster mash ups for the month of October.

Finishing up the week with two dynamic and character driven issues. First up is the two part Aquaman Annual #2 that gives Wonder Woman a chance to connect to Aquaman and Mera followed up by Superman #33 that continues to create nostalgia for all the Superman fans and shine on his character. Hope everyone is doing well!

Continuing from the pages – I mean post – from Monday I continue to seek the justice in character and plot development! Just call me Super…okay, I haven’t come up with a cool name yet, but I’m working on it. First up is Batman and Robin #33 that leaps off the pages as it continues the epic story line that is ROBIN RISES. Followed by Aquaman #33 that has the neat ball of intrigue and mystery to tie together the two distinct plot lines. And last up is Justice League Dark #33, where Deadman takes center stage and amazes fans everywhere. Happy Wednesday all! 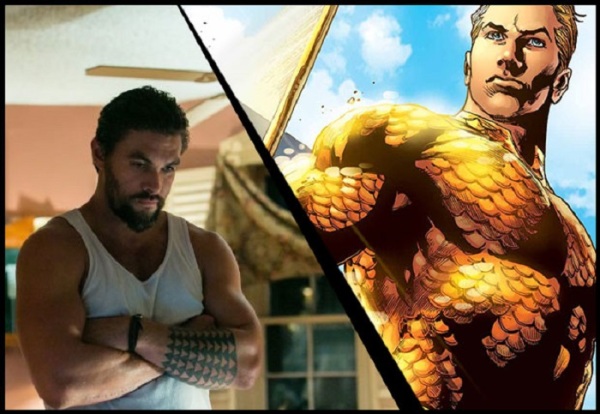 Jason Momoa set to play Aquaman in ‘Dawn of Justice’

Jason Momoa, made famous by his roles in Game of Thrones, Stargate: Atlantis and the Conan remake, seems to be taking on the role of the blond haired, blue eyed King of Atlantis, Aquaman.

Check out the latest reviews on two of DC’s latest comics: Nightwing #30 and Aquaman #31. This is the final issue of Nightwing and it did not go out with a bang I’m sad to say, as for Aquaman, it was also bit disappointing. Read on to see my side.

A Review on the latest comics released. Featured comics for this review include Aquaman #29 where he faces off against one of the Greatest Olympians and Worlds’ Finest #21, Part 4 of the First Contact story line where they find a gateway home and see the horror that has been unleashed.

By: Cynthia A. Aquaman #24 Death of a King: Chapter Six: Secret of the Seven Seas Well that was certainly … Continue Reading Week 44 2013 | Part 3 | Comic Reviews

By: Cynthia A. Teen Titans Annual #2 My Future, My Enemy Okay, so this future cannot be the future of … Continue Reading Week 44 2013 | Part 2 | Comic Reviews

Aquaman movie in the works?

By: Cynthia A. So there has been many rumors about the King of Atlantis getting his own movie, especially after … Continue Reading Aquaman movie in the works?

Aquaman #21 Death of a King Chapter Three: Confrontation Mera is so cool. Now Aquaman, this has not been the … Continue Reading Week 27 2013 | Part 2 | Comic Reviews