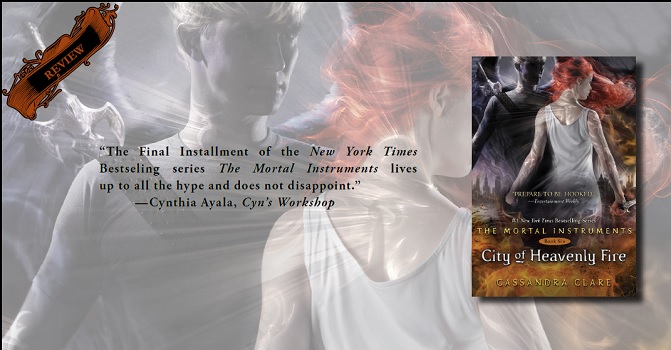 With the Infernal Cup, Sebastian Morgenstern, brother of Shadowhunter Clary Fray, is on the move, turning Shadowhunters into Endarkened, creatures of nightmare. Now the Shadowhunters must retreat to Idris and form a plan to defeat the insane son of Valentine, the boy poisoned by the demon queen Lilith. But with hope and fear, Clary, Jace, Simon, Isabelle and Alec must run towards traitors and set foot into the depths of hell to fight the only battle that matters. The battle to save the world, the battle that will cost them dearly.

City of Heavenly Fire is the sixth and final novel in The Mortal Instruments series by Cassandra Clare published on May 27, 2014 by Margaret K. McElderry. The novel follows young Shadowhunters in this young adult fantasy and paranormal friend as they battle the twisted forces of evil and save the worlds’ they love.
END_OF_DOCUMENT_TOKEN_TO_BE_REPLACED