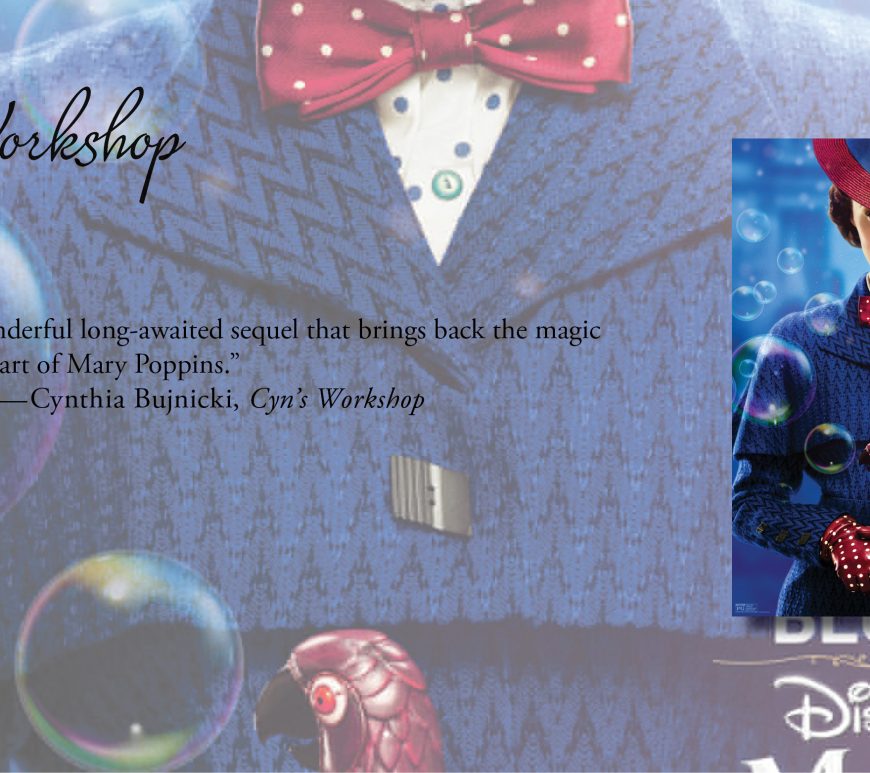 A wonderful long-awaited sequel that brings back the magic and heart of Mary Poppins. END_OF_DOCUMENT_TOKEN_TO_BE_REPLACED

“Into the Woods” is a modern twist on several of the beloved Brothers Grimm fairy tales, intertwining the plots of a few choice stories and exploring the consequences of the characters’ wishes and quests. This humorous and heartfelt musical follows the classic tales of Cinderella, Little Red Riding Hood, Jack and the Beanstalk, and Rapunzel—all tied together by an original story involving a baker and his wife, their wish to begin a family and their interaction with the witch who has put a curse on them.

END_OF_DOCUMENT_TOKEN_TO_BE_REPLACED

The Giver has brought life to black and white as the movie develops the novels symbolism and presents a thought provoking struggle of freedom and what it means.
END_OF_DOCUMENT_TOKEN_TO_BE_REPLACED

By: Eric Eisenberg Director Rob Marshall is in the midst of assembling one of the best ensemble casts we’ve seen in a long time for the upcoming adaptation of the fairy tale musical Into The Woods. In late April we learned that the director would be using the project to reteam with Pirates of the Caribbean: On Stranger Tides star Johnny Depp as well as Meryl Streep, but in the … END_OF_DOCUMENT_TOKEN_TO_BE_REPLACED

By: Eric Eisenberg Actress Hailee Steinfeld got her big breakthrough role in a western, earning an Academy Award nomination starring alongside Jeff Bridges in the Coen brothers‘ True Grit, and now she’s set to make her return to the genre with a role in Tommy Lee Jones‘ new directorial effort The Homesman. Based on an original screenplay co-written by Jones, Kieran Fitzgerald and Wesley Oliver, … END_OF_DOCUMENT_TOKEN_TO_BE_REPLACED

By:  Eric Eisenberg Daniel Day-Lewis was unquestionably brilliant in Steven Spielberg’s Lincoln (and has the Academy Award to prove it), but James Spader and Tommy Lee Jones certainly did everything in their power to steal the spotlight from him in the movie. The two veteran actors brought some much-welcomed comedic relief to the largely-serious, political drama about a crucial time in our nation’s history, and truly brought to life two … END_OF_DOCUMENT_TOKEN_TO_BE_REPLACED

By: SANDY COHEN | Associated Press PARK CITY, Utah (AP) — Just because a film isn’t finished doesn’t mean it can’t get buzz at Sundance. Director Richard Robbins showed about 10 minutes of his new movie, “Girl Rising,” at the independent-film festival Monday, even though he still has a few weeks of post-production work to do on the project. The film tells the stories of nine girls … END_OF_DOCUMENT_TOKEN_TO_BE_REPLACED