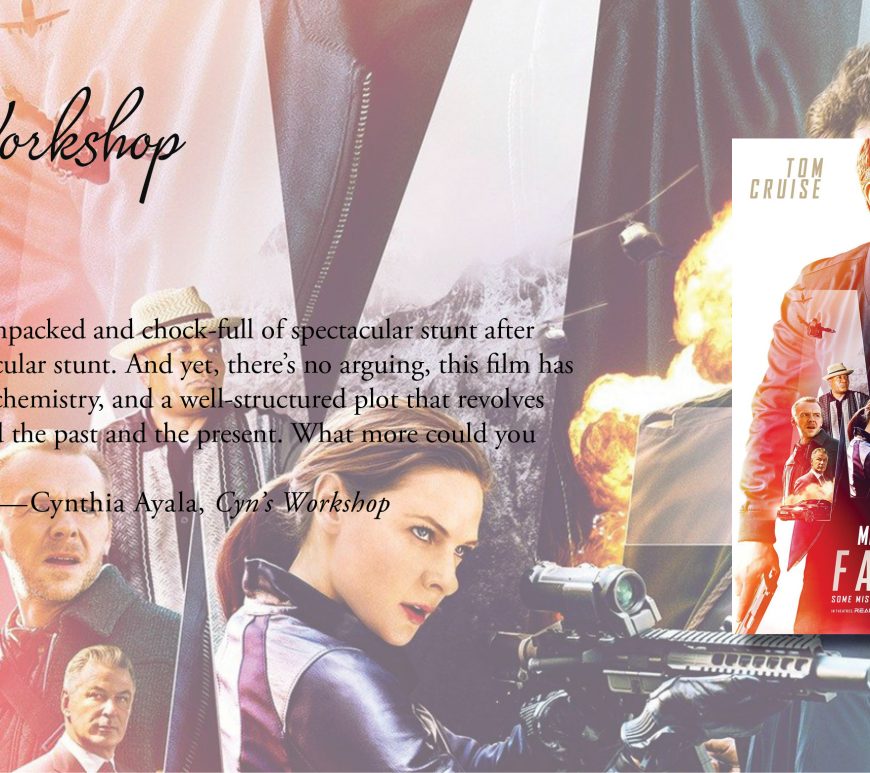 Action packed and chock-full of spectacular stunt after spectacular stunt. And yet, there’s no arguing, this film has story, chemistry, and a well-structured plot that revolves around the past and the present. What more could you want? END_OF_DOCUMENT_TOKEN_TO_BE_REPLACED 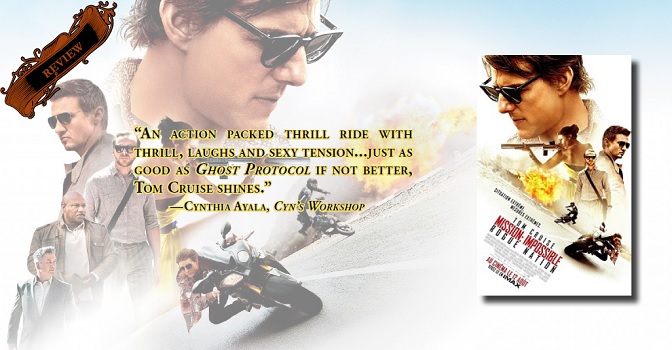 Ethan Hunt and his teammates reunite for this pulse-pounding sequel, in which they attempt to take down a secret international organization known as the Syndicate—highly skilled ex-IMF agents who are intent on bringing down their former outfit.

Tom Cruise is still a star. It’s really no surprise why this movie has been doing so well. Let’s face it, even if you aren’t a fan of Tom Cruise, he still has the star power, still puts his best foot forward in order to give the best performance possible. But besides that, the film was not only action packed but it had sexual tension, comedy and action rolled up into one neat little package.
END_OF_DOCUMENT_TOKEN_TO_BE_REPLACED

By: Eric Eisenberg While a six picture deal with Marvel Studios would make any actor fear being stuck doing nothing but playing the same character over and over, Chris Evans has managed to keep finding roles for himself outside of the Marvel Cinematic Universe. Since Captain America: The First Avenger‘s release we’ve seen him play a heroin addicted lawyer in the drama Puncture, the male … END_OF_DOCUMENT_TOKEN_TO_BE_REPLACED

By: Kristy Puchko Unless you’re an ardent follower of British television or the life of Tom Hardy, you probably haven’t heard of English actress Charlotte Riley. The striking brunette has appeared on numerous TV show and mini-series in her native land, including a made-for-TV movie adaptation of Wuthering Heights where co-starred with her now-fiancé Hardy. However, she hasn’t yet had her breakthrough Stateside. But this … END_OF_DOCUMENT_TOKEN_TO_BE_REPLACED

By: Eric Eisenberg Nearly a year before the movie even came out the folks behind Universal’s Snow White and the Huntsman were talking about the film as the first of a franchise. In an interview producer Joe Roth – who also worked on Disney’s Alice in Wonderland– said that the idea was to have Kristen Stewart, Chris Hemsworth and Charlize Theron return for a trilogy … END_OF_DOCUMENT_TOKEN_TO_BE_REPLACED

Thrilling and an excellent action packed adventure.  I absolutely loved this movie.  The acting was spectacular and I loved the chemistry everyone had with one another.  The plot line was also brilliantly designed, I loved it.  This was a non-stop thrill ride I could not get enough of it!  Everything about this movie was awesome and you know what, if you can see it in … END_OF_DOCUMENT_TOKEN_TO_BE_REPLACED