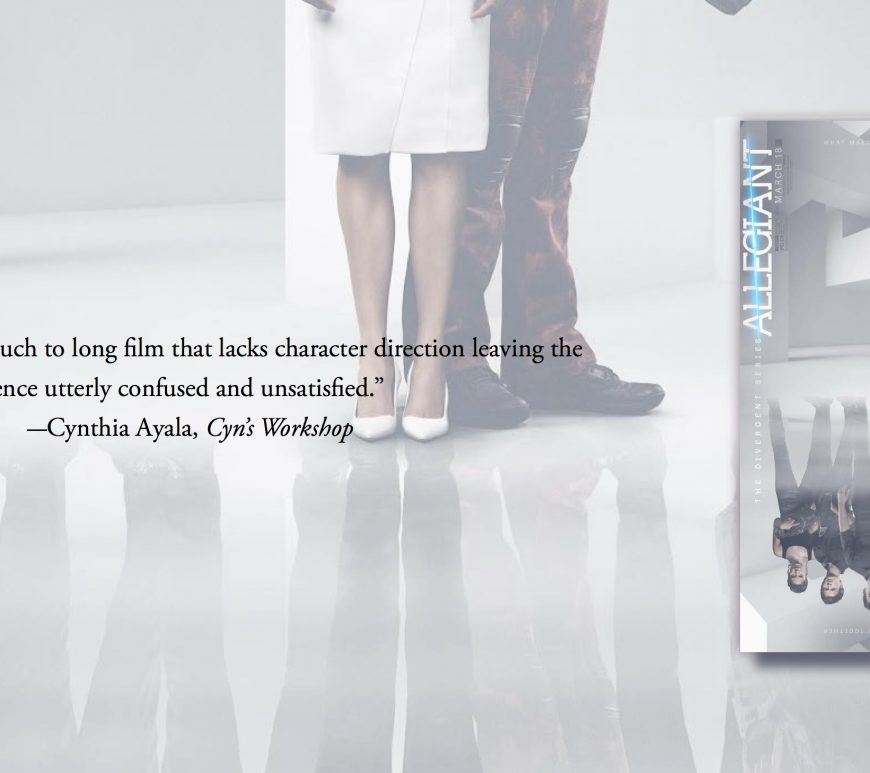 A much to long film that lacks character direction leaving the audience utterly confused and unsatisfied. END_OF_DOCUMENT_TOKEN_TO_BE_REPLACED

Incredibly fast paced, this film delivers a punch and evaluates what it means to be a part of something, a community. Separated into factions – Dauntless, Candor, Erudites, Abnegation, and Amity – society has put up walls to differentiate themselves. However, those who fit more than one faction are Divergent, a quality that puts everyone, especially Tris, in terrible danger. The film goes beyond the first to evaluate who these characters are and where they come from. A fast-paced film jumps from scene to scene as it follows these characters who are being hunted down by Jeanine who discovers that soon; she needs the daughter of the woman she killed, she needs Tris. Talk about the irony. Kate Winslet plays the villainous so spectacularly.
END_OF_DOCUMENT_TOKEN_TO_BE_REPLACED 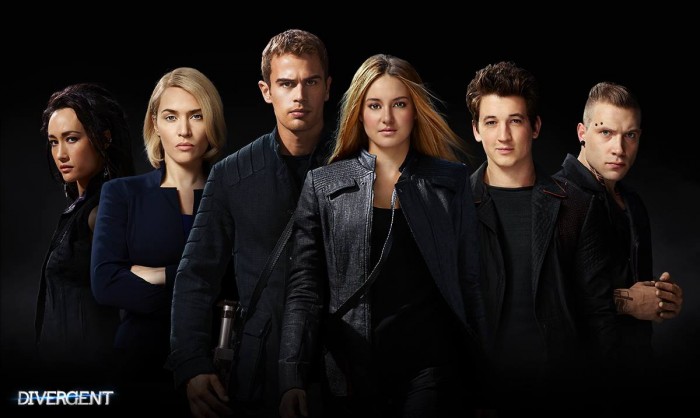 An entertaining film that brings to life a novel that focuses on the cost of unity at a particular price.  While not a terribly unique concept, Shailene Woodley was able to bring to life her character and make herself, the character and the film shine.  Read on for a full review. END_OF_DOCUMENT_TOKEN_TO_BE_REPLACED

By: Sean O’Connell There are multiple movies that we know are going to be in San Diego for Comic-Con 2013 – films like The Amazing Spider-Man 2 , The Hunger Games: Catching Fire or a full slate of Marvel projects. And then there are the titles that were assumed to be in attendance, but were waiting on confirmation. Today, Divergent moves from the “Maybe” column … END_OF_DOCUMENT_TOKEN_TO_BE_REPLACED

By:  Kelly West Back in January, we learned that Kate Winslet was in talks to join Shailene Woodley in Neil Burger‘s feature adaptation of Veronica Roth‘s young adult dystopian story Divergent. At that time, there was no confirmation on who Winslet would play, but process of elimination led us to believe it would either be the mother to Woodley’s character Tris, or the less likable Jeanine Matthews, leader … END_OF_DOCUMENT_TOKEN_TO_BE_REPLACED

By:  Sean O’Connell “Please don’t tell me we’re in for another Spider-Man 3.” I read your mind. That’s the thought that popped into most of your heads when you read how Marc Webb might want Paul Giamatti to play The Rhinoin his planned sequel to The Amazing Spider-Man. Please don’t tell me that we’re lining up for an overstuffed, undercooked Spider-Man movie with too many villains and too little … END_OF_DOCUMENT_TOKEN_TO_BE_REPLACED

By: Eric Eisenberg One of the most challenging aspects of writing a superhero sequel has to be finding a way to introduce the new central villain. The previous movie has a few pre-established storylines that have to be adhered to, and it’s the writer’s responsibility to find a way for the new foe to fit into the established world organically. This is certainly something that … END_OF_DOCUMENT_TOKEN_TO_BE_REPLACED

By: Eric Eisenberg Though he’s spent a good chunk of his career on the small screen, starring in episodes of shows like Gossip Girl, Jericho, C.S.I. New York and United States of Tara, Shiloh Fernandez is starting to find permanent residence in the world of movies. After starring in movies like Skateland and Red Riding Hood over the past few years, the young actor has … END_OF_DOCUMENT_TOKEN_TO_BE_REPLACED