Terminator 5: What Is In Store For the Terminator Franchise 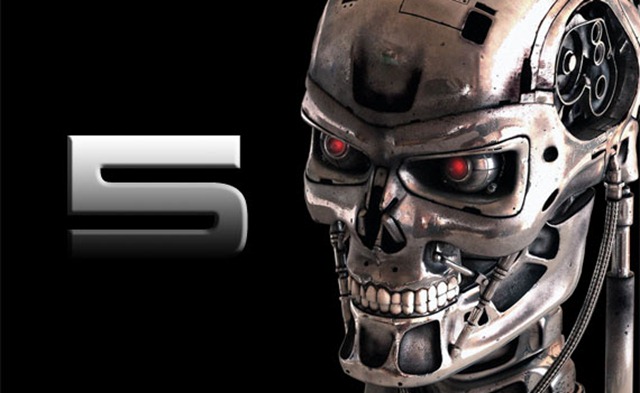 Ever since Terminator: Salvation was an apocalyptic disaster, the future of Terminator has been looking a bit bleak.  Christopher Nolan, much like with The Dark Knight Rises, ruined a good.  He took on more than he could handle, and didn’t understand the purpose of Terminators.  They see you, they kill you.  You get in their way, they kill you.  Salvation, it didn’t portray any of that.  It was a sad film in comparison to the previous movies.

That being said and done, there was more to the franchise.  With the beginning of Terminator Salvation, there was to begin a new trilogy.  Terminator 5 was originally going to be produced by the Halcyon Company, but they were forced to declare bankruptcy thus putting production on hiatus.  However was film was picked up by Megan Ellison and Annapurna Films.

In April of 2011, it was announced that the current rights holder of the Terminator Franchise, Pacificor, was seeking distributers for a possible Terminator sequel.  Justin Lin was set to direct but, sometime after May 12 2011, decided to drop the film in  favor for the sixth installment of the Fast & Furious series.  That leaves Annapurna Films to produce both Terminator 5 & 6 before 2018 which is when the rights revert back to Cameron who has stated that he is done with Terminator, he would like to move onto other projects.  Should the rights revert back to him, the likely hood that we would ever get a Terminator 5 or 6 is dismal.

Earlier this year, on January 27th 2012, Megan Ellison stated that the next Terminator movie with have an R-Rating like Terminator 1, 2 & 3, which will hopefully bring it back to it’s original glory.

On June 8th 2012, Arnold Schwarzenegger stated that after he completed work on Unknown Soldier and Ten, filming for Terminator 5 would begin.  The story is said to be a continuation of Terminator Salvation (unfortunately that can’t be helped) and it is still unknown if Justin Lin will return to the directing chair.

If you ask me, the movie should revolve around the world, beginning with him sending his father back in time and ending with him sending the T-800 back in time, he knows what he has to do, he knows what is going to happen and this would directly connect it to the first two movies which Salvation lacked.  Movie 6 should be the ending of the war, hope for humanity, where John Conner is dies near the end and his wife leads the revolts, discovers that the female terminator was sent back and captures her husbands killer, reprogramming it to protect her husband.  Much like with Terminator 2, she should be the narrator.  That is just my opinion of how things go.  But as long as the Terminators properly Terminate, I’m fine.