Stripped of her titles, disgraced, Rho is ready to set her sights on working quietly at the Cancrian refugee camp on House Capricorn. Unfortunately, Ochus has other plans for her. Ochus gives her insight into the Marad, a terrorist group of unbalanced persons, those constantly shifting between houses, and their plans. Now Rho must decide whether to trust the man who destroyed her home and name, of face a threat much larger than Ochus.

Published December 8, 2015, by Razorbill, Wandering Star by Romina Russell is the second in her young adult science fiction series, Zodiac, that takes astrology to a new level of cool.

It’s a question Russell subtly asks as she challenges the characters, their ideals, and the society they all live in. Trapped within her culture, Rho is unable to see beyond it. Now that doesn’t make her a bad character, in fact, it makes her more relatable, more human. She loves with all her heart, but her heart is torn. Her capacity to love is what differentiates her and her predicament from the clichéd trope of a love triangle. It makes her more engaging on behalf of the reader.

What’s more is that as a character, she has grown through all her trials. She had felt defeat and has wallowed in it, finding solace in what she can, but when push comes to shove, she rises to the challenge, even through heartbreaking moments. It’s such a joy to follow her, to feel for her. Rho is an amazingly structured character, and the characters around her balance her out very well. Each character challenges her making the tension within the characters more powerful. They stand by her, but they challenge her by making her question her heart and her head, as real friends do.

As a thoughtful and more humanistic approach to science fiction, Russell made the characters very engaging. Together, the premise and evolution of the premise also works to make the story more engaging. The evolution of society is somewhat questionable thought. There needs to be a little more explanation of these characters’ evolution because the shifting, science, and evolution does not quite make sense. It lacks some cohesion that prevents the reader from understanding it fully. Wandering Star is unique and interesting to read, and it definitely stands out, but those small sci-fi elements do not quite fit compared to everything else that comes off as more believable. 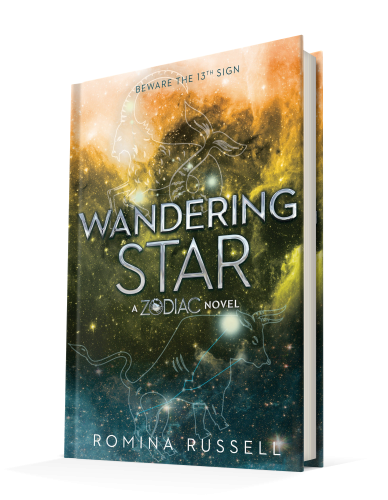