Hey there avid readers. I hope that everyone is doing well. Recently my kitten past away this week so it’s been a hard few days. I miss going to sleep at night without him walking all over me. He was 18, so not really a kitten, and at least I had so much time with him, but it hurts, having to let him go. But I’m doing okay, reading at night seems to help me sleep without him. It’s something at least. 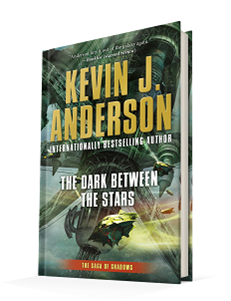 “Twenty years after the elemental conflict that nearly tore apart the cosmos in The Saga of Seven Suns, a new threat emerges from the darkness. The human race must set aside its own inner conflicts to rebuild their alliance with the Ildiran Empire for the survival of the galaxy.

Galactic empires clash, elemental beings devastate whole planetary systems, and factions of humanity are pitted against each other. Heroes rise and enemies make their last stands in the climax of an epic tale seven years in the making.” One A has been captured…but the most dangerous A of all is still out there in the penultimate installment in Sara Shepard’s #1 New York Times  bestselling Pretty Little Liars series.

High school seniors Aria, Emily, Spencer, and Hanna barely survived their most recent encounter with A. And it’s not over yet…. The police don’t believe there’s another, deadlier, A out there, but the girls know what-and who-they saw. If they don’t track down this final tormentor soon, A will silence them forever.

Khosa is Given to the Sea, a girl born to be fed to the water, her flesh preventing a wave like the one that destroyed the Kingdom of Stille in days of old. But before she’s allowed to dance – an uncontrollable twitching of the limbs that will carry her to the shore in a frenzy – she must produce an heir. Yet the thought of human touch sends shudders down her spine that not even the sound of the tide can match.

Vincent is third in line to inherit his throne, royalty in a kingdom where the old linger and the young inherit only boredom. When Khosa arrives without an heir he knows his father will ensure she fulfills her duty, at whatever cost. Torn between protecting the throne he will someday fill, and the girl whose fate is tied to its very existence, Vincent’s loyalty is at odds with his heart.

Dara and Donil are the last of the Indiri, a native race whose dwindling magic grows weaker as the island country fades. Animals cease to bear young, creatures of the sea take to the land, and the Pietra – fierce fighters who destroyed the Indiri a generation before – are now marching from their stony shores for the twin’s adopted homeland, Stille.

Witt leads the Pietra, their army the only family he has ever known. The stone shores harbor a secret, a growing threat that will envelop the entire land – and he will conquer every speck of soil to ensure the survival of his people.

The tides are turning in Stille, where royals scheme, Pietrans march, and the rising sea calls for its Given.