Hey there people of the page. So I’m still a little sick (I don’t know if I let you all know I was sick). But that doesn’t mean that I am bed ridden. I’ve been sleeping in a little longer and getting some bad headaches. Still working hard and reading lots, but at a slower pace. But I’m still here and I’m still working hard and reading. Of course, I’m always reading and writing. So check out this week’s reading list and see if any of these titles are worthy of your reading list. Of if you’ve already read a title here, let me know what you thought about it. 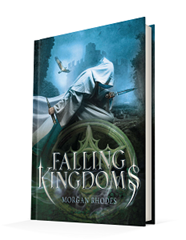 “In the three kingdoms of Mytica, magic has long been forgotten. And while hard-won peace has reigned for centuries, a deadly unrest now simmers below the surface.

As the rulers of each kingdom grapple for power, the lives of their subjects are brutally transformed… and four key players, royals and rebels alike, find their fates forever intertwined. Cleo, Jonas, Lucia, and Magnus are caught in a dizzying world of treacherous betrayals, shocking murders, secret alliances, and even unforeseen love.

The only outcome that’s certain is that kingdoms will fall. Who will emerge triumphant when all they know has collapsed?

It’s the eve of war…. Choose your side.

Princess: Raised in pampered luxury, Cleo must now embark on a rough and treacherous journey into enemy territory in search of magic long thought extinct.

Rebel: Jonas, enraged at injustice, lashes out against the forces of oppression that have kept his country cruelly impoverished. To his shock, he finds himself the leader of a people’s revolution centuries in the making.

Sorceress: Lucia, adopted at birth into the royal family, discovers the truth about her past—and the supernatural legacy she is destined to wield.

Heir: Bred for aggression and trained to conquer, firstborn son Magnus begins to realize that the heart can be more lethal than the sword….” 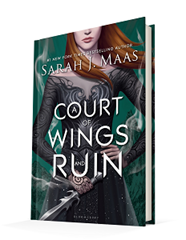 “A nightmare, I’d told Tamlin. I was the nightmare.

Feyre has returned to the Spring Court, determined to gather information on Tamlin’s maneuverings and the invading king threatening to bring Prythian to its knees. But to do so she must play a deadly game of deceit—and one slip may spell doom not only for Feyre, but for her world as well. As war bears down upon them all, Feyre must decide who to trust amongst the dazzling and lethal High Lords—and hunt for allies in unexpected places.” 3. Spellbook of the Lost and Found

By by Moïra Fowley-Doyle

“One stormy summer night, Olive and her best friend, Rose, begin to lose things. It starts with simple items like hair clips and jewelry, but soon it’s clear that Rose has lost something bigger; something she won’t talk about.

When they discover the ancient spellbook, full of hand-inked charms to conjure back lost things, they realize it might be their chance to set everything right. Unless it’s leading them towards secrets that were never meant to be found . . .”