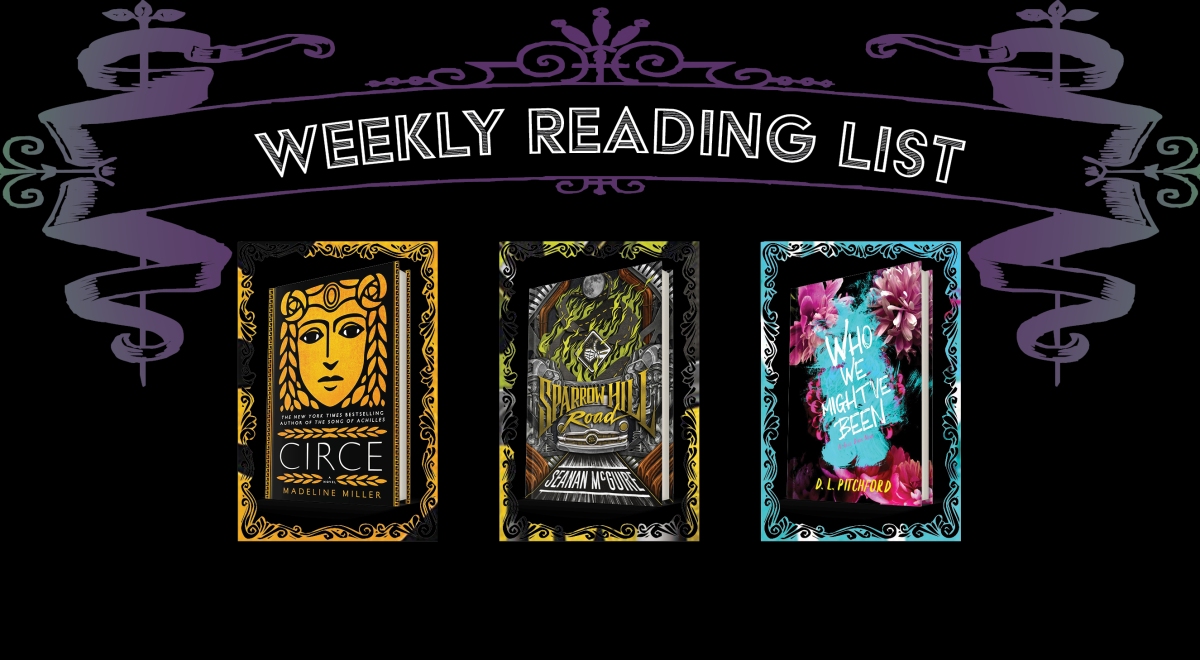 Hey, there avid readers. I hope everything is having a wonderful week. I had a wonderful week. Well, it seems like a lazy week. And yet, I’m still not caught up on my reviews. I do get married in a couple months though and my new novel New Girl is being released on the 30th. Oh and I turn 27 on August 31st! Woo! So for my birthday, I’m asking for book recommendations from my readers! On that note, check out these recommendations on my reading list and let me know what you think about these titles. 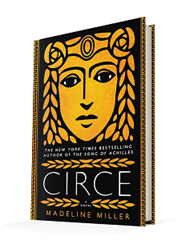 In the house of Helios, god of the sun and mightiest of the Titans, a daughter is born. But Circe is a strange child—not powerful, like her father, nor viciously alluring like her mother. Turning to the world of mortals for companionship, she discovers that she does possess power—the power of witchcraft, which can transform rivals into monsters and menace the gods themselves.

Threatened, Zeus banishes her to a deserted island, where she hones her occult craft, tames wild beasts and crosses paths with many of the most famous figures in all of mythology, including the Minotaur, Daedalus and his doomed son Icarus, the murderous Medea, and, of course, wily Odysseus.

But there is danger, too, for a woman who stands alone, and Circe unwittingly draws the wrath of both men and gods, ultimately finding herself pitted against one of the most terrifying and vengeful of the Olympians. To protect what she loves most, Circe must summon all her strength and choose, once and for all, whether she belongs with the gods she is born from, or the mortals she has come to love.

Rose Marshall died in 1952 in Buckley Township, Michigan, run off the road by a man named Bobby Cross—a man who had sold his soul to live forever, and intended to use her death to pay the price of his immortality. Trouble was, he didn’t ask Rose what she thought of the idea.

They have names for her all over the country: the Girl in the Diner. The Phantom Prom Date. The Girl in the Green Silk Gown. Mostly she just goes by “Rose,” a hitchhiking ghost girl with her thumb out and her eyes fixed on the horizon, trying to outrace a man who never sleeps, never stops, and never gives up on the idea of claiming what’s his. She’s the angel of the overpass, she’s the darling of the truck stops, and she’s going to figure out a way to win her freedom. After all, it’s not like it can kill her.

How many second chances does one person deserve?

After an eye-opening summer abroad, Billie Dixon’s world has fallen apart. Her childhood best friend has replaced her. Her boss at the gallery doesn’t think she’s paid enough dues to be a “real artist.” And Xander ignores her, even though they’re roommates. But she’s made her peace with that.

When her photography professor partners her with Dahlia Finnick, it’s only a matter of time before she intrudes on Billie’s life. And this time, Dahlia pursues what she’s always wanted—Billie—and she doesn’t care who she hurts in the process. Even if that person is the object of her affections.

Can Billie look past Dahlia’s faults and give her a second chance? Can she give one to herself?

Now, Billie has to choose between the acceptance she craves and the love she lost. But to mend her broken relationships, she must take her first leap of faith.

If you enjoyed Keeping You a Secret by Julie Anne Peters and Love, Life, and the List by Kasie West, you’ll love WHO WE MIGHT’VE BEEN.