Hey there readers! I hope everyone is having a wonderful week. Wedding stuff is almost done but it really has been taking up so much of my time. Which doesn’t leave much room for reading, but I’m getting there, one knocking books off my TBR list book by book…while it continues to get longer book by book. But that’s just the story of any book lovers life. So check out these titles right here readers. Happy reading!

Before he was Batman, he was Bruce Wayne. A reckless boy willing to break the rules for a girl who may be his worst enemy.

The Nightwalkers are terrorizing Gotham City, and Bruce Wayne is next on their list.

One by one, the city’s elites are being executed as their mansions’ security systems turn against them, trapping them like prey. Meanwhile, Bruce is turning eighteen and about to inherit his family’s fortune, not to mention the keys to Wayne Enterprises and all the tech gadgetry his heart could ever desire. But after a run-in with the police, he’s forced to do community service at Arkham Asylum, the infamous prison that holds the city’s most brutal criminals.

Madeleine Wallace is a brilliant killer . . . and Bruce’s only hope.

In Arkham, Bruce meets Madeleine, a brilliant girl with ties to the Nightwalkers. What is she hiding? And why will she speak only to Bruce? Madeleine is the mystery Bruce must unravel. But is he getting her to divulge her secrets, or is he feeding her the information she needs to bring Gotham City to its knees? Bruce will walk the dark line between trust and betrayal as the Nightwalkers circle closer. 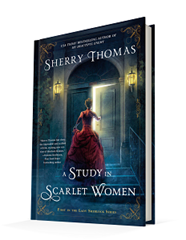 With her inquisitive mind, Charlotte Holmes has never felt comfortable with the demureness expected of the fairer sex in upper class society. But even she never thought that she would become a social pariah, an outcast fending for herself on the mean streets of London.

When the city is struck by a trio of unexpected deaths and suspicion falls on her sister and her father, Charlotte is desperate to find the true culprits and clear the family name. She’ll have help from friends new and old—a kind-hearted widow, a police inspector, and a man who has long loved her.

But in the end, it will be up to Charlotte, under the assumed name Sherlock Holmes, to challenge society’s expectations and match wits against an unseen mastermind. STAND TOGETHER OR FALL ALONE.

THE FATE OF THE EVERLIFE HANGS IN THE BALANCE.

At seventeen years old, Tenley “Ten” Lockwood had to make the ultimate choice—where to live after she died. Loyalty to her selected realm has not wavered…until now. She is out of time. Sacrifices must be made, and a terrible price must be paid. But is she too late?

As the Everlife descends into darkness, a single truth becomes clear: Troika and Myriad must unite—or perish. In order to bring sworn enemies together, Ten must enter forbidden territory…and destroy the powerful Prince of Ravens. But there’s only one way inside—bonding with Killian Flynn, a deadly rival who sets her blood aflame.

When nothing goes as planned and betrayal leads to the edge of utter defeat, Ten and Killian will have to rebuild trust from the ashes of their hearts. Victory seems impossible, the odds stacked against them. In the end, how far will they be willing to go for the sake of their realms and the Everlife?