What an incredible sequel. Storm the Earth is the second novel in Wells Shatter the Sky
duology, and it is as amazing as the first.

The story is possibly the best part of the series. For fans of dragon lovers, this is sure to satisfy because it has so many. There are times when the dragon-human bond is reminiscent of the Inheritance series by Christopher Paolini, but Storm the Earth stands on its own.

The novel continues the journey of Maren, picking up where the previous novel left off, where she is on the run on the back of an ancient and powerful dragon after rescuing her girlfriend, Kaia. It is such a compelling and action-packed way to start the novel, gripping the reader and thrusting them into this journey.

However, the action continues from there. Naava has tasked Maren with freeing the dragons to earn her help. Considering Naava has been held captive by humans for centuries. For Maren, alongside her girlfriend and the dragon kit she has bonded with, this is more than acceptable. Coming from the mountains, she has dreamed a time when the dragon tyrant no longer ruled, and that moment comes with her.

However, what is more, is the fact that Wells has decided to expand upon the perspectives of the story. Whereas the first novel followed Maren, this novel now follows Sev, the shadow prince. Sev was her companion in the previous novel and there was an attraction growing between the characters, adding in some tension between Maren and Kaia. Moreover, the reader gets to know Sev intimately in this novel.

Wells reveals bits and pieces of who Sev was before the tyrant took over, more about his past and who he was versus the person she is now. The reader can connect to him more strongly in this novel because his emotions and flashbacks, his pain, gives the story more layers and dimension.

While the reader gets to know Sev intimately, the reader sees just how much Maren has changed since she first started this journey. Not only that, but her relationship with Kaia has changed as well.

Ultimately, Kaia is unlikable in this novel and her inability to accept how Maren has changed makes her bitter and resentful. Kaia was always the girl in charge, always the one making the decision who wanted to make a mark on the world.

Nevertheless, it seems as though everything she wanted Maren has gotten. There is much tension between the two of them because of this that results in making Kaia undeserving of Maren.

Maren, for her part, does try, but after this journey, the reader sees just how much she has changed and grown, reflecting in the strain between the two girls. Maren has become a formidable character, growing in such a way that makes her compelling for the reader. It is great to see her come ahead, to be strong and decisive, to see her grow into her power of dragon song.

Storm the Earth is an excellent conclusion to a great series. It is filled with emotional and action-packed tension, leading the story to be compelling from beginning to end. 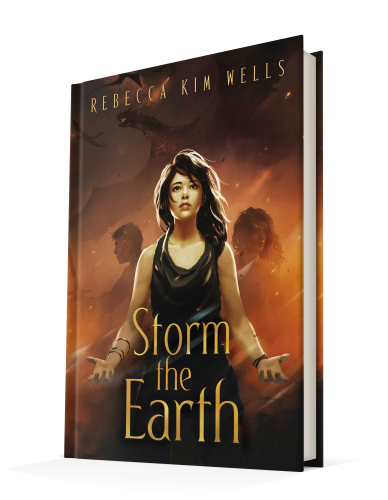