Filippo did an incredible job of incorporating sign language into her storytelling. It was incredible to see this group of people highlighted powerfully and compellingly. Kesia does not have a voice for most of the novel; her power kept secret by her sister, causing her to feel defeated and without a voice. However, when she uses her Song to defend others and fight for captives and slaves just like herself, she grows and learns to find her inner strength through her use of sign language.

It is incredible to see sign language utilized powerfully to showcase the magic in the world. To see it applied and used throughout the novel by those who have the Song and those who do not showcases inclusion.

It sends a strong message to those in the deaf and mute community that not having a voice does not mean one is powerless but quite the opposite. It also sends a message to readers who feel like they do not have a voice that a voice is not what makes one powerful, it is willpower, the mind, and strength combined that truly make any language and voice powerful.

While the novel’s premise was exciting and parts of the story engaging, Divided Fire does fall short.

The biggest issue with the novel is the pacing. Early on, there is much history thrown at the reader. This drags down the novel and bores the reader because Filippo is throwing so much at the reader that they cannot lose themselves in the story. Simply put, it is just too much information at once. Another thing that slows down the pacing is the fact that it becomes repetitive. Filippo throws a lot at the reader and then throws it in repeatedly throughout the story, slowing down the novel’s pacing, becoming dull.

Then there are the dynamics. There is character growth between the characters, but for the most part, Miren is standoffish. It is hard to connect to her because her tone is so rough. Her prejudices and attitude make her unlikable. Granted her distrust of others is smart, but her dislike of almost everyone is what makes her unlikable.

Thankfully, there is character growth, making her warmer and more likable as a character.

Divided Fire is worth the read because it is a fantasy that has compelling elements allowing it to stay unique and stray away from clichés and tropes. 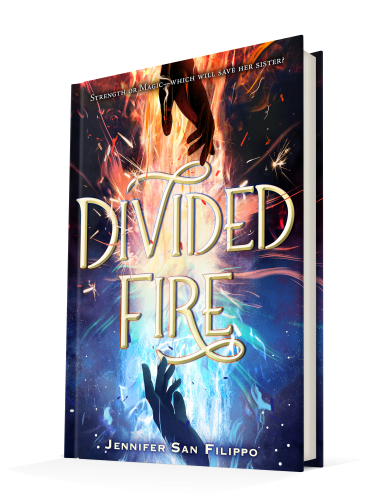