Not bad, but not great either. Dreamwalkers is one of those novels that falls somewhere in the middle because while it is an exciting read, it takes far too long to develop the plot.

One of the elements that make this novel off-putting is the coded messages between the spies. At first, it seems to come out of where. These text messages, they do not seem to fit and instead take the reader out of the story. They are poorly executed interludes that should create more intrigue in the story yet fail. Starting the story with it seems like the wrong way to go. Furthermore, once the story finds its pacing, once they start to matter to the story, they stop entirely until returning once for the end.

These messages between the government agents could have worked if the story’s pacing was done better. Dreamwalkers takes too long to develop, which is another reason they did not work. They broke up the momentum of the story and that is what made them jarring, creating this wall between the reader and the story. Once again, once the story finds its footing, they add tension and intrigue to the plot, but unfortunately, the story just drags for that first half, making it quite the bore.

Another issue with the story is that Viv is not memorable. Viv comes off as this generic girl with a genius brother, and her brother even lacks some shine to him as well. The voices behind the characters lack substance; they lack the vitality to make them shine and resonate with the reader.

The characters just came off as flat, as if they all shared the same voices. With the story taking too long to develop, there should have been a focus on trying to build up these characters. Unfortunately, even in those high-tension scenes, the dialogue felt generic and just bland.

Overall, the Native American representation and the fantastical edge of dream walking was enough to draw me in. Sure, I wanted more, but the fact that I need to see if there is going to be a sequel should say something. Dreamwalkers, in the end, was fascinating. Sure, it took a little too long to develop and the characters felt flat, but the overall development of the story was engaging. 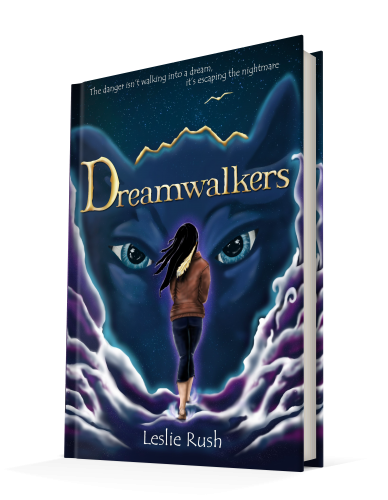