The Revolution of Jack Frost is, well, a bitter disappointment.

The problem with this story is that it is inconsistent. The story centers around a group of people who live in something reminiscent of a giant snow globe. At times the language suggests that they know they are living in a globe and other times where they have no clue.

It leaves the reader a little confused as to what the characters know and do not know about their life and circumstances. It just is not written clearly until the ultimate revelation that the characters are unaware of their situation.

Adding to the confusion is the poor pacing. The Revolution of Jack Frost takes way too long to develop. The story follows Genesis, a girl living in the snow globe and dating one character named Jack. They live in a globe where the seasons change unexpectedly, creating a dystopic world for the reader. Moreover, while the concept is interesting enough, given the confusion of the novel, it is unclear how this is supposed to be a retelling of Jack Frost.

Overall, the story lacks substance. It is poorly paced, lacking detail to ground the reader in the novel. It takes too long to connect to the fact that they are a part of an experiment. However, what is worse is the characters and the lack of personality they have.

The romance between Jack and Genesis feels forced; it lacks chemistry. The dynamics between Jack and his so-called friends are also unbelievable. It seems that even though the characters have grown up together, there is still an inkling of mistrust between them. It does not make sense given how they are supposed to be the best of friends. Once again, this is the language failing to make the story believable.

Ultimately, The Revolution of Jack Frost is a bitter disappointment. The storytelling lacks cohesion and personality, failing to ground the reader in the plot. While it should be a retelling of Jack Frost, it barely gives the character Jack a voice to shine and connect to the reader.

The Revolution of Jack Frost 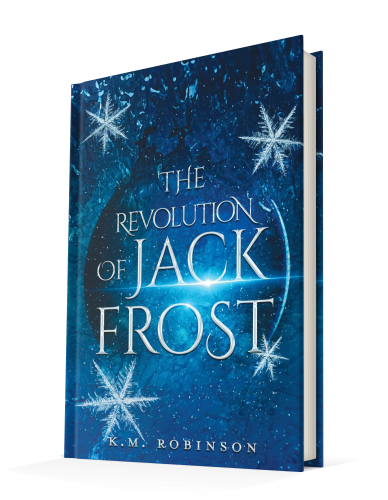