Night Shine is one of those novels I had a tough time getting through. It was not, by any means, a bad novel; it was good, rich, colorful, and ultimately enjoyable. However, it was a struggle.

Night Shine started well. The opening chapter was intriguing, giving the reader a glimpse at the world and how magic fits into this world. It was paced very and engaging.

However, despite this opening, the story takes a slow and distracting turn. It is clear that everything ties back to the opening, so the writing is clear, but it is not concise. Night Shine drags, which is unfortunate because it has a lot of exciting elements to it. One of the more compelling elements of the story is the character names. The naming of the characters was unique and intriguing. It highlights how the world works, how the magic works, and what defines the characters.

However, it just failed to keep me engaged. I was torn ultimately, and there were times I was bored. I hate being bored by a story, especially when I end up liking part of the story.

However, the pacing was like a roller coaster. These intense moments drive the story forward, and then it just slows down – drastically, and the author spends too much telling the story. There needed to be more showing and less telling, which would have helped to keep the reader more engaged throughout the story. Once again, there is lots of fantasy to the story. It is a high fantasy novel, but it just lacks energy at times. It was terrific to see a lot of LGBTQ representation. There is much non-binary representation in the story. It is very respectful to the non-binary community questioning “gender norms,” challenges them to remind the reader that they have a voice and that living their truth is more important than conforming.

Night Shine is not a bad story. It is a thoughtful, compelling, and ultimately fun and exciting story. The problem is the pacing. It just needed to be a little more concise in parts because the slow moments feel like they drag on forever, and then there are these fun action-packed and high tension moments that suck the reader in before dropping them back to earth. However, that ending was beautiful and wonderful and more than makes up for it. 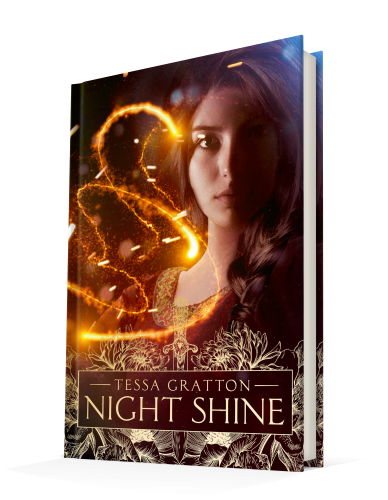