Wings of Ebony is a fantastic novel that gives fantasy a contemporary feel, engaging the reader with realistic themes.

Wings of Ebony follows Rue, a black girl who is taken from her home in Houston days after her mother is shot on her doorstep by the father she has never known. Whisked away to the land of Ghizon, Rue longs to return home to her half-sister, learning magic in a place filled with racism.

Rue is a black girl from a low-income city, but that holds no limitations for her. Her mother raised her and her mother single-handedly, and they are bright and courageous. It is brilliant to see #BlackGirlMagic on the rise in literature, and Elle has done a fantastic job bringing Rue to life. Through Rue, the reader sees the injustice Rue and other people of color face daily.

In Ghizon, other than her father, there are no other people of color. We soon discover it is because this leader of New Ghizon stole the magic from a tribe of people of color and then tried to kill them to keep it for themselves.

Racism is a disease we as a society must eradicate, defying racism at every turn. Rue does that. She challenges racism; she points it out to her friends, she uses her magic to fight racist white men who abuse colored kids who refuse to be their slaves.

Elle has thrown together a compelling narrative that makes the reader think as they follow Rue from Ghizon to Houston and back.

The social commentary is powerful, but it is Rue who gives it a voice. Rue has a strong personality and a great attitude. She is relatable and realistic, from slang to her emotional upheaval she feels when faced with racism.

Following Rue on her journey is compelling. She grows throughout the novel, connecting to her culture and the origins of her people. It is an empowering moment to see her reconnect with her origins and the culture and a decisive moment for readers.

Wings of Ebony is a compelling story about racism. The only flaw is the romance thrown in at the end because it’s just like that: thrown in. However, it did not diminish Rue’s growth or the way she uses her magic to challenge and fight back against racism. 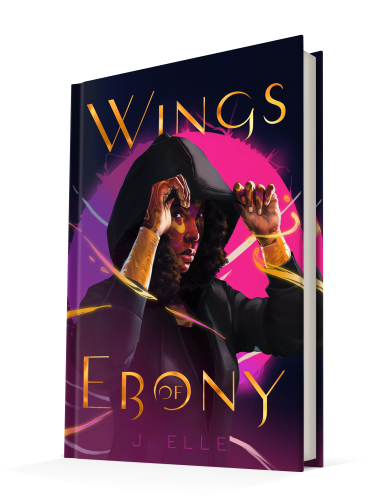 One thought on “Review of ‘Wings of Ebony’”