Unchosen follows Charlotte through the apocalypse on the sea as she seeks to find her family, the boy she loves, and find an ending to the Crimson curse.

Blair did an incredible job of recreating the apocalypse for Unchosen. It is a horror story, but this is not just another zombie apocalypse. The story has a fantastical connection to a real historical figure of Anne de Graaf (aka Anne Dieu-le-Veut), an 18th-century female buccaneer. This added element of creating some fantasy out of history to tie together the horror and science fiction make the story engaging.

However, more so is the fluidity of Unchosen. The way Blair structures the story keeps the reader engaged from beginning to end. The story begins with Charlotte reliving the moment the world ended for her, both times. It is a captivating way to lure the reader into the story, setting up the stage for the rise of the Crimson, the curse spread through eye contact. That already is a unique way to spin this horror trope giving it a uniqueness that readers will appreciate.

Unchosen follows Char onto the ocean, where there are pirates in a modern-day age. The adventure, the various villains, and the horror element all balance each other to give the story a compelling edge.

Blair worked hard to make the characters compelling. Charlotte is the middle sister and has always felt outshined by both her sisters. Now, while the sisterly dynamic is fantastic, it is not without tension. Harlow, her older sister, was in a popular band before the apocalypse and her sister was a rising star gymnast. Charlotte has always been Charlotte, the great supporter of her sisters fascinated in history and puzzles much like their father. However, with Harlow becoming a commander and her younger sister the Chosen One, Char feels inferior to both.

The insecurities that Char feels resonate with the reader. They give her humanity and allow her to have such significant character development. Seeing Char grow and find strength in her identity, in the things that make her unique, lend her strength.

Unchosen is, put, a fantastic novel. This novel is unique and focuses on building up a strong dynamic between sisters, even through the tough times, while giving the “zombie” horror trope a unique spin that keeps the story from being predictable and boring. 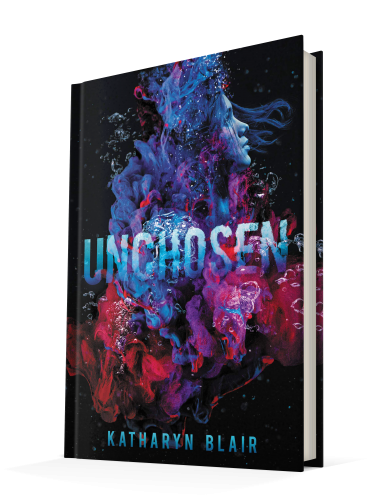