The Queen’s Assassin is the start of Melissa de la Cruz’s latest young adult fantasy that falls short of the author’s talents.

When I think of de la Cruz, I immediately think of her Blue Bloods series and how she reinvents when she writes.

That, unfortunately, did not happen with The Queen’s Assassin.

The story follows Shadow and Caledon on a quest to retrieve ancient scrolls of magic for the people. It is a noble quest after the events of the prologue. However, it is not without its complications.

Overall, the story holds together nicely; there is nothing wrong with the pacing or story, other than the fact that it does not feel fresh and is entirely predictable.

The reader sees the ending coming a mile away. That so-called “twist” is no twist at all. All the clues were there early on; I was sure that it was mention in chapter two. That is how obvious it is to the reader. Sure, de la Cruz tries to subvert the readers’ expectations, but it fails.

Another issue is the characterization. Again, not poorly written, but they do not shine. Caledon has little personality for the first third of the book. There is nothing about her narrative early on to make him compelling. However, he does eventually grow. When he shines, he has formed a friendship with Shadow and reminisces on his life’s unfairness. He never wanted to be an assassin, he tried to run away, but with the blood oath his father swore to the Queen, he has no choice.

Now it is not his fathers’ fault, the Queen gave him no chance, so the reader does feel for Caledon because his life was stolen from him at a very young age.

Caledon shines when the readers see a glimmer of personality from him, making grow with the story.

The same is said for Shadow. She is excellent, a warrior who wants to fight, does not want to be a pretty royal and wants to be something more. That is admirable, but the characters, without the other, falter. They need each other to shine.

Because of this, the romance does not work. They do not shine enough on their own or grow enough to build up that romance. Their dynamic works best as friends, not as a romantic couple.

Overall, The Queen’s Assassin was far too predictable to stand out. It lacks chemistry and does not seem like de la Cruz’s writing that usually reinvents fantasy, instead of falling into the tropes that open define them. 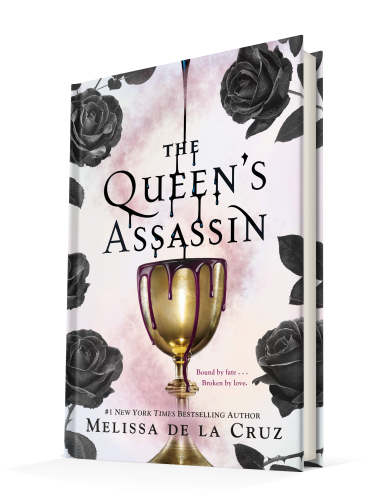