Stephanie Meyer brings Twilight back to new fans and old and young with Midnight Sun, giving readers a deeper insight into Edward and his family.

Where to begin. I, like many other readers, read Twilight back in high school. Yes, I have all the books, and yes, I went to every single midnight premiere. I was team Edward for the books and team Jacob for the movies.

I am almost 30 now, and I have read much more, and even by Eclipse, I remember thinking, “wow, Bella is such a Mary Sue, so two-dimensional.”

However, despite remembering this, I was compelled to buy Midnight Sun and give it a chance.

I was pleasantly surprised.

To me, Meyer’s storytelling and writing improved, but that might be because Edward is a far more interesting character than Bella will ever be. His perspective, his history, and that of his family are interesting to read. It gives a deeper insight into the Cullen’s, their relationship with one another, and Bella.

Bella herself was more interesting from Edward’s perspective. She had more personality; she had more traits to her that made her seem more relatable. Through Edward, she no longer sounds like a two-dimensional romantic interest.

We also do not see that “instalove” trope. For Edward, he is looking at Bella as though she is prey. He is not in love with her; he is fascinated with her, partly because the world is quiet around her. It grows into love, and Edward does become quite the stalker, which is a little uncomfortable to read. Back when I was younger, I thought it was so romantic, but maybe that is part of the problem. Entertainment has this way of romanticizing stalking when it should not be romanticized. However, that is what happened in Twilight, so unless Meyer wants to start creating plot holes, she must redo some events exactly.

I will say the pacing was a little off. It took me a while to get through the novel partly because there were times where I felt as though I was re-reading Twilight. Many scenes felt almost copied and pasted into the story. So, it was slow to get through.

However, while the plot may be slow, what keeps it interesting is Edward’s mental conversations with his siblings. They shine.

Jasper never really had a personality in the original Twilight series; he was just there suffering in silence. However, in Midnight Sun, there is something there that was not there before. He has personality; he has depth. We readers get to see his snide smirks, his charm, and even get introduced to his ability. It was something new and different.

The same goes for Rosalie. By now, we know what happened to her to lead Carlisle to turn her. It was brutal, and thankfully Meyer does not go into too much detail regarding it. Nevertheless, with it comes a little more understanding of her character. Her dreams, wants, and needs, which we again do not see much of in the original novel. There were glimpses of it, but she was always relentlessly angry in the original, whereas now, there is a level of understanding between her and the reader.

This is what the slow pacing does. It allows there to be more depth and more history to the story, which keeps it interesting.

Was Midnight Sun spectacular? No. However, Meyer’s storytelling and characterization have improved in the time that has passed. Furthermore, if you are interested in the history of the Cullen’s, this novel delivers that amazingly. 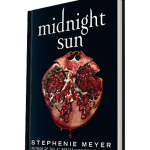 0 thoughts on “Review of ‘Midnight Sun’”