The second novel in the Bright Sessions series, A Neon Darkness, follows 18-year-old Rob struggling to connect with others while managing his powers.

A Neon Darkness was a little frustrating to read because half the time, I wanted to smack all the characters, and the other half of the time, I found myself agreeing with them.

Rob can impart his wants onto others. It is a little bit like mind control or using the Force on people. He has an easy life, going from one place to another getting everything he wants. However, unfortunately for him, this leaves him quite lonely and with no control over his power.

There are times in the book when others accuse him of using his power on them, and even you, as the reader, do not know if it is intentional or not. How does someone stop wanting something? Sometimes those wants just pop into our heads unbidden, and it happens for Rob in much the same way.

Rob is a sympathetic character because the reader understands his perspective. He asks the question all the time: how do I stop wanting something? Of course, there are plenty of times when he forcefully imparts his will on his friends, but even then, the reader pities him because he does it so he will not be lonely.

However, that does not make it right, which is why, half the time, the reader wants to yell at him alongside his friends. However, then there are those times you want his friends to shut up. Both sides of their arguments have merit, and both are wrong. It was so frustrating to be caught in the middle of their arguments, finding yourself agreeing with both sides of the argument.

A Bit of a Struggle

What also made this novel frustrating was the hypocrisy of the other characters. They all berate Rob and tell him he needs to stop abusing his power, but they again offer no real help. However, when he uses his ability to help them get an apartment, find a lost friend, buy food, they have no problem with it.

He is eighteen, yes, he is an adult who should take responsibility for his actions, but his power acts at times without him thinking about it.

So, the reader pity Rob because he cannot just live normally and cannot make regular connections because of his ability. However, he also has a lot of baggage.

However, it is difficult to get around those dynamics because the reader is torn between the characters being both right and wrong. These characters are a tight family, and while they care about one another, they take advantage of one another, making them toxic to one another. Nevertheless, their powers bring bind together; this idea that they can be honest with one another without hiding the deepest part of themselves.

However, that does not make their friendship any less toxic, so it is hard to lose oneself in the narrative because connecting to the characters is frustrating.

A Neon Darkness has a compelling story; it has grey characters and makes the reader think. However, it does make it difficult to connect to the cast of characters when their relationship comes off as toxic. Nevertheless, Rob does make a sympathetic protagonist. 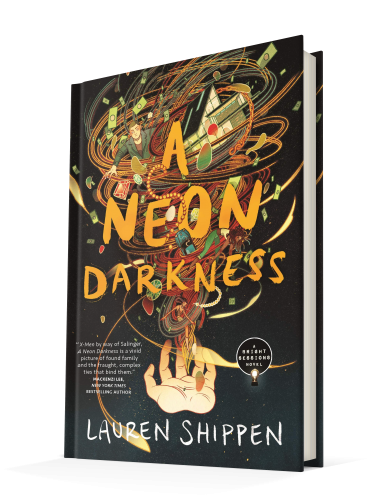