14 Ways to Die follows one young girl in her quest to find justice for her mother and stop a serial killer once and for all.

14 Ways to Die has an interesting premise that is relevant to today’s time. Everything nowadays is online; one cannot do anything without it somehow appearing online in some way. We are living in a digital era, and on some level, that is scary.

However, for Jess, she has decided to use this to her advantage to seek out her mother’s killer. Jess feels that her mother’s death has been forgotten, like the police are not taking it seriously. So now she entered a competition that will film her daily to draw out the killer. In addition, Jess plans to make him make a mistake by verbally attacking him by doing her investigation.

This novel has a good premise and mystery but what does not work is the pacing. 14 Ways to Die felt very dragged out. Yes, the chapters are concise, sometimes running only a couple of paragraphs, but the pacing and tone were boring at times.

It feels as though the author was trying to draw in the reader by connecting them to Jess. However, it began to feel repetitive.

Day after day, the reader follows Jess as she lives her life, trying to piece together what happened to her mother. Of course, we understand that she is grieving and on a quest for justice; that is the story’s plot. However, hearing her narrative circle the same thing throughout the novel was boring.

Many of the chapters could have been combined and condensed, making the pacing more engaging to the reader. However, as it stands, the mystery needed more fleshing out and needed more tension to draw in the reader and remove that repetitive tone.

14 Ways to Die is an exciting novel, but it risks alienating the reader with a plot that seems to be stretched thin and poor pacing. 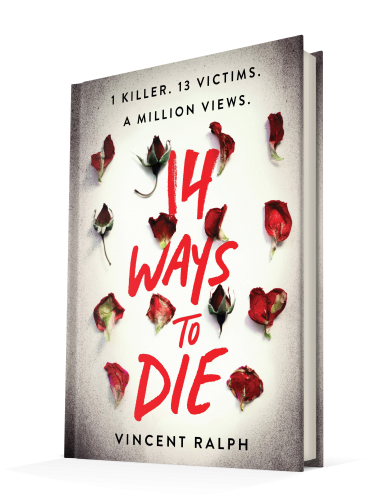