How To Survive Your Murder plays on horror tropes much like Scream and sends our would-be Final Girl into the past with unexpected results.

I am a huge fan of Scream, and I enjoy slasher films, mocking the stupidity of some of the characters while becoming wholly invested in the survival of the final girl. The novel begins on Halloween night with Alice and her friends going to a cornfield party. Only Alice sees her sister get murdered. A year later, she is knocked out by a Sidney Prescott lookalike and sent back in time to intervene with her sister’s death by saving her.

I can understand the time-travel aspect not working for some readers in some ways. But for me, it was terrific. It reminded me of Happy Death Day, but instead of going the Groundhog Day route, it just focuses on the day and the journey. It focuses on the many secrets the characters have and how none of them are whom we think they are. Because of that, it worked splendidly.

Valentine did a fantastic job pacing the novel and incorporating those tropes in a fun way. Again, it is Halloween night, and Alice is trying to solve her sister’s murder, save her, and stop a would-be serial killer from striking again. But, as with any slasher film, nothing goes according to plan.

Valentine keeps the reader on their toes, twisting the plot, throwing in red-herring after red-herring. Honestly, I saw the pieces and started to put them together by the end, but my theory was still wrong! I love that when an ending is so unexpected but still works within the narrative. It makes the story more memorable and engaging as we try and fail to figure out whom this masked killer is going around killing, girls and boys alike. What is their motivation? Or are they just killing indiscriminately like Michael Meyer? Valentine keeps the reader guessing until the very end and still manages to throw the reader through a loop.

What can I say, I loved everything about How To Survive Your Murder. Valentine did a superb job with her pacing, misdirection, and overall storytelling. She uses red herrings perfectly, lays out all the bits and pieces for the reader, and still manages to send the reader on a jaw-dropping loop. I’m warning you now that the ending was 100% unexpected and jaw-dropping. I need a sequel, and I need it now.

How To Survive Your Murder 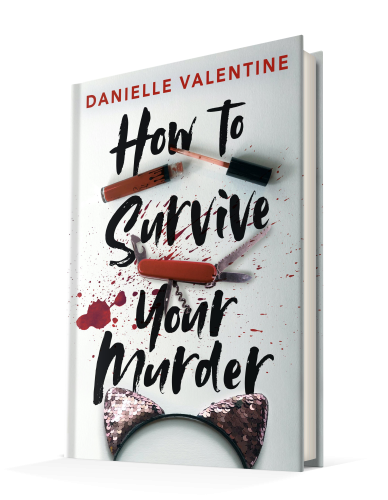