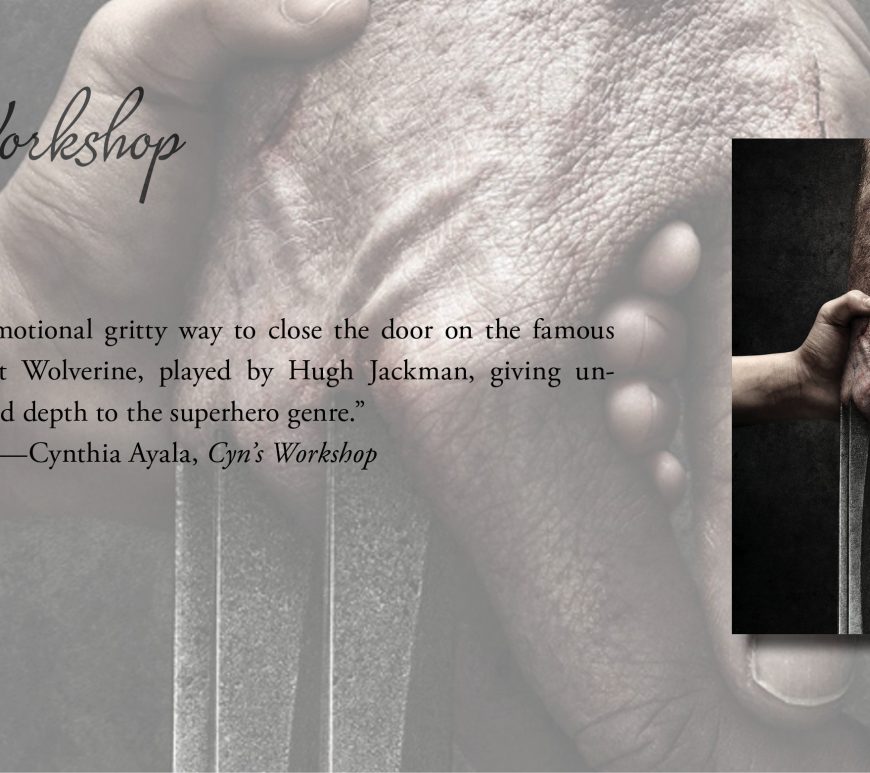 “In the near future, a weary Logan cares for an ailing Professor X somewhere on the Mexican border. However, Logan’s attempts to hide from the world and his legacy are upended when a young mutant arrives, pursued by dark forces.”

There’s simply no limit to the beauty this film has wrapped in all the swearing and gritty glory that defines Wolverine’s character and this film. Wolverine has not had an easy life, he has gone through so much and the writers knew just how to capitalize on the character, the Wolverine, and evolve the story for him. They took a risk, and they ended the story properly, they ended it in such a way that they gave closure to the character and his legacy in the X-Men.
END_OF_DOCUMENT_TOKEN_TO_BE_REPLACED

BY: JARED LARSON Deadline reports that Fox has hired writer David James Kelly to pen the next installment in the Wolverine solo film series. Kelly is also adapting Dark Horse’s MIND MGMT graphic novel and Sentinel, an original pitch that has nothing to do with X-Men’s robotic mutant hunters. He was a writer on Fox’s failed reboot of Daredevil before those rights reverted back to … END_OF_DOCUMENT_TOKEN_TO_BE_REPLACED

By:  Sean O’Connell The first trailer for James Mangold’s The Wolverine is expected to drop in theaters at the end of the month, possibly attached to G.I. Joe: Retributionsince 20th Century Fox doesn’t have a movie in theaters after The Croodsand the animated comedy doesn’t seem like the right fit for a clip about a berserker rage machine with razor-sharp claws that just out of his fists. While killing time … END_OF_DOCUMENT_TOKEN_TO_BE_REPLACED

By:  Eric Eisenberg It would have made a lot of sense for 20th Century Fox to attach the first trailer for James Mangold‘s The Wolverine to this weekend’s A Good Day To Die Hard. Not only is the same studio releasing both movies, they are also both being aimed at the same demographic and the timeline fits perfectly (with the superhero flick due in theaters on July 26th). And … END_OF_DOCUMENT_TOKEN_TO_BE_REPLACED

By: Eric Eisenberg One of the biggest problems with Brett Ratner‘s X-Men: The Last Stand was that it tried to do too much with too many mutants. Somehow the filmmakers got it into their heads that the only thing people want out of an X-Men movie are cool mutant abilities, and the rest of the movie suffered as a result. So it’s strange to think … END_OF_DOCUMENT_TOKEN_TO_BE_REPLACED

By: Katey Rich There’s a lot of interesting news floating out there right now about The Wolverine, which is really exactly what the movie needs right now. It’s technically a sequel to X-Men Origins: Wolverine, a spinoff that virtually nobody liked despite the presence of the always-great Hugh Jackman. When Darren Aronofsky left the project to work on Noah, it seemed like a stake in … END_OF_DOCUMENT_TOKEN_TO_BE_REPLACED

By: Eric Eisenberg No matter how far into its deep catalog of characters Marvel Studios goes, they will always be missing some very key characters. Prior to producing their own movies, the company would sell off the rights to their characters to other studios for a good chunk of cash. That’s how Spider-Man ended up at Sony and the X-Men and Fantastic Four ended up … END_OF_DOCUMENT_TOKEN_TO_BE_REPLACED

Hmm, I love Hugh Jackman as Wolverine but at the same time I have some problems with it.  Wolverine is supposed to be stocky, Hugh Jackman is not.  I can only hope that to fix this he will put on some wait and muscle.  Don’t get me wrong, after all this time, I would hate to see another actor play as Wolverine, I mean I … END_OF_DOCUMENT_TOKEN_TO_BE_REPLACED

By: Liam Goodwin Late last week we heard that Jessica Biel may be joining the cast of The Wolverine as the villainess Viper. Biel addressed the speculation at ComicCon by saying “it’s a little bit too soon for that kind of an announcement”, and it appears it was as according to Collider “talks have broken down between Biel and 20th Century Fox and the studio … END_OF_DOCUMENT_TOKEN_TO_BE_REPLACED