What we can learn from the latest screenshots

Yesterday, Ubisoft released a slew of new Assassin’s Creed III screenshots. While they don’t offer quite as much information as the game’s first images, we can still learn a lot. 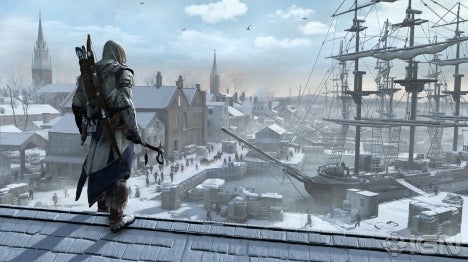 Here, we see Connor looking down at Boston Harbor. While much of the verticality in Assassin’s Creed III will come from climbing trees, this shot confirms that the game will also feature plenty of the franchise’s usual rooftop scaling. It also gives us a good idea of the type of environments we can expect in ACIII. 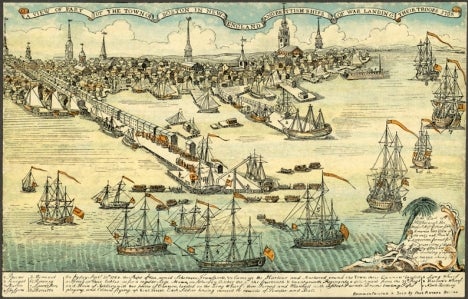 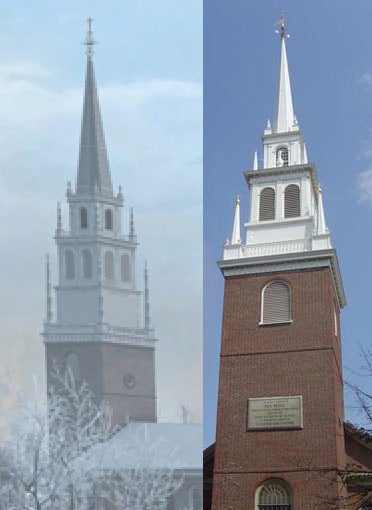 The snowy setting also provides a look at the weather changes Ubisoft previously confirmed. Most importantly, the church seen in the upper left of this shot is the Old North Church.

Old North Church is famously where Paul Revere told colonists to hang lanterns that signified the arrival of the British army. On April 18, 1775, Revere’s warning helped caution the colonial troops and allowed them to prepare to fight. While Revere hasn’t been confirmed as one of ACIII’s many historical figures, the incident falls well within the game’s 1753-1783 timespan. 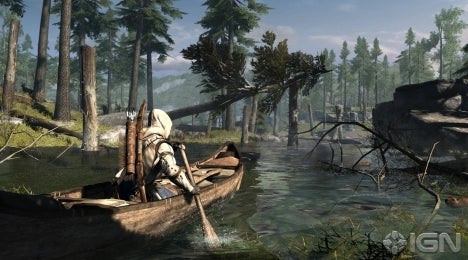 While Assassin’s Creed II allowed players to explore the canals of venice with gondolas, it looks like Assassin’s Creed III will introduce canoes. This shot is especially interesting for the deer seen to the far left and the beavers in the bottom right corner; as Ubisoft previously noted, hunting will play a part in ACIII and players will have the opportunity to sell pelts in order to earn money. This shot also shows how wide open and expansive ACIII’s environments are compared to previous installments. There isn’t a building in sight. 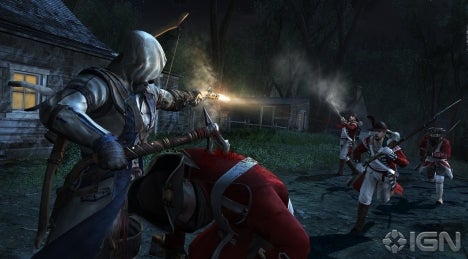 This image gives us a good look at ACIII’s two-handed combat. As creative director Alex Hutchinson explained, the goal with ACIII’s combat is to be able to kill several opponents in a fluid sequence. Players will dual-wield weapons and chain together both melee and pistol kills to mow through crowds. It’s also notable that two of the British soldiers seen here are wearing masks. It’s possible that these men are loyalists, American colonists who sided with the British during the Revolutionary War. These men may be trying to avoid being identified by their fellow colonists. 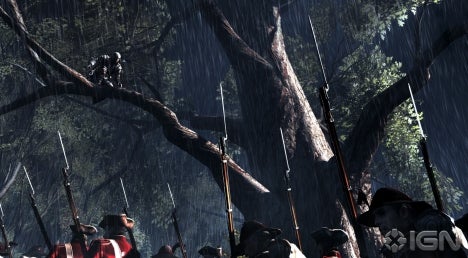 Assassin’s Creed III will still feature plenty of stealth, aided in situations like these by tall tree tops. The large caravan of soldiers seen here is one example of the Anvil tech engine that powers ACIII, allowing for over one thousand characters to be on screen at once. The rain and night time setting show how weather and seasonal effects will affect gameplay.

All of the Assassin’s Creed III screenshots available so far can be found in our image gallery. For more info on ACIII’s gameplay, be sure to check out our first impressions of the game in action.