Toxic is shockingly good, building up a dynamic story, leading to a climatic ending that will blow readers away.

There’s no denying that this is a long series. At fifteen novels it’s pushing it just a little bit with the suspense and tension. And it has one more to go. It takes a good writer to be able to keep up the tension and suspense in the novel. And Shepard does it well in Toxic.

The character that has gone through the most changes is most notable Emily. She was the sweetest quietest of the quartet and now she’s the one who has, in some ways, become the strongest. She has come so far and has been tormented so much, has broken so many times, from having her family turn her back on her, losing the people she loves, repeatedly, unlike the other girls, she doesn’t have a strong comforting foundation to fall back on, and it reflects here. Emily is ready to fight here, she’s ready to take stand, and that has made her one of the more dynamic characters of the novel,

The other characters have certainly changed, but unlike Emily, they remain more in control of their emotions, they have support systems, they haven’t been broken to the extent that Emily has been. This means that they tend to fall back into some of the bad habits they have in the past.

While it’s believable, sometimes it’s frustrating on the reader to see them do such obviously stupid things. It certainly has an air of believability because they are thinking about their actions and hoping to get the law to help them out. But they often forget just how cunning Alison is, and that’s their downfall. Unlike Emily, they don’t go fully into the mindset of their tormentor like Emily does.

That being said, the book itself is full of unbelievably shocking twist and turns. Sometimes everything seems too easy, and then there are those moments that are just jaw-dropping. It’s amazing how it all works together, the story and characters, how they develop to lead to this moment in the series. Everything has changed for the characters, their lives have been altered by such considerable amounts after this, and considering the unexpected turn of events, this novel certainly sucked the reader in, making them eager to read the final novel in the series. 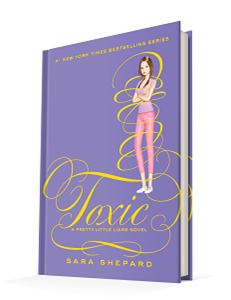