Hey there avid readers! I hope everyone is having a great week. So as it stands, I’ve become quite lazy so I’ve decided to try to mix things up…and maybe put myself on some sort of normal sleep schedule which is going to be a little hard since I work nights. Not complaining, I like working nights, the energy at work may be hectic but at least it gets my blood pumping and time flies by. But I’ve decided I’m going to make a change, work out 3 times a week, Monday, Wednesday and Friday’s, get up earlier, clean my room, have my cup of coffee, and then dedicate my morning to cleaning and reading before working out and working on my reviews and such. I’m hoping this change is going to make me more productive, energy building is supposed to do that right? I’m also hoping this is going to offer me a chance to focus on my reading and my writing, giving me more energy to do the things I love to do.

Anyway, that’s enough about me, here’s my reading list. Man, I’m so behind. See why I need more time? 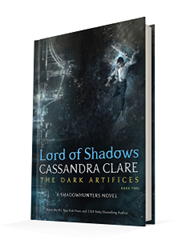 Having long-wondered what lives beyond the ice shelf, nineteen-year-old mermaid Ersel learns of the life she wants when she rescues and befriends Ragna, a shield-maiden stranded on the mermen’s glacier. But when Ersel’s childhood friend and suitor catches them together, he gives Ersel a choice: say goodbye to Ragna or face justice at the hands of the glacier’s brutal king.

Determined to forge a different fate, Ersel seeks help from Loki. But such deals are never as one expects, and the outcome sees her exiled from the only home and protection she’s known. To save herself from perishing in the barren, underwater wasteland and be reunited with the human she’s come to love, Ersel must try to outsmart the God of Lies.

When you can’t beat the odds, change the game.

Kaz Brekker and his crew have just pulled off a heist so daring even they didn’t think they’d survive. But instead of divvying up a fat reward, they’re right back to fighting for their lives. Double-crossed and badly weakened, the crew is low on resources, allies, and hope. As powerful forces from around the world descend on Ketterdam to root out the secrets of the dangerous drug known as jurda parem, old rivals and new enemies emerge to challenge Kaz’s cunning and test the team’s fragile loyalties. A war will be waged on the city’s dark and twisting streets―a battle for revenge and redemption that will decide the fate of the Grisha world.