Hey there avid readers! Supercon was this weekend so I didn’t have that much time to read, It was exhausting but fun as well. Lots of walking, both inside and out (had to park a little away). But it was fun nevertheless. I do love Supercon. I go every year. But I squeezed in a little reading here and there.

So here you go, my weekly reading list. Let me know what you think about the titles if you’ve read them.

Kyra is the youngest Markswoman in the Order of Kali, one of a handful of sisterhoods of highly trained elite warriors. Armed with blades whose metal is imbued with magic and guided by a strict code of conduct, the Orders are sworn to keep the peace and protect the people of Asiana. Kyra has pledged to do so—yet she secretly harbors a fierce desire to avenge her murdered family.

When Tamsyn, the powerful and dangerous Mistress of Mental Arts, assumes control of the Order, Kyra is forced on the run. She is certain that Tamsyn committed murder in a twisted bid for power, but she has no proof.

Kyra escapes through one of the strange Transport Hubs that are the remnants of Asiana’s long-lost past and finds herself in the unforgiving wilderness of a desert that is home to the Order of Khur, the only Order composed of men. Among them is Rustan, a disillusioned Marksman whose skill with a blade is unmatched. He understands the desperation of Kyra’s quest to prove Tamsyn’s guilt, and as the two grow closer, training daily on the windswept dunes of Khur, both begin to question their commitment to their Orders. But what they don’t yet realize is that the line between justice and vengeance is thin . . . as thin as the blade of a knife. 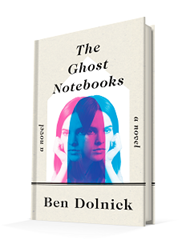 A supernatural story of love, ghosts, and madness as a young couple, newly engaged, become live-in caretakers of a historic museum.

When Nick Beron and Hannah Rampe decide to move to the tiny upstate town of Hibernia, New York, they aren’t running away, exactly, but they need a change. Their careers have flatlined, the city is exhausting, and they’ve reached a relationship stalemate. Hannah takes a job as live-in director of the Wright Historic House, a museum dedicated to an obscure nineteenth-century philosopher, and she and Nick move into their new home–the town’s remoteness, the speed with which she is offered the job, and the lack of museum visitors barely a blip in their considerations. At first life in this old, creaky house feels cozy–they speak in Masterpiece Theater accents, they take bottles of wine to the swimming hole. But as summer turns to fall Hannah begins to have trouble sleeping and she hears whispers in the night. One morning Nick wakes up to find Hannah gone. Now, in his frantic search for her he will discover the hidden legacy of Wright House: a man driven wild with grief, and a spirit aching for home.

Naya, the daughter of a sea merchant captain, nervously undertakes her first solo trading mission in the necromancer-friendly country bordering her homeland of Talmir. Unfortunately, she never even makes it to the meeting. She’s struck down in the streets of Ceramor. Murdered.

But death is not the end for Naya. She awakens to realize she’s become an abomination–a wraith, a ghostly creature bound by runes to the bones of her former corpse. She’s been resurrected in order to become a spy for her country. Reluctantly, she assumes the face and persona of a servant girl named Blue.

She never intended to become embroiled in political plots, kidnapping, and murder. Or to fall in love with the young man and former necromancer she is destined to betray.