Hey, there avid readers! I hope everyone is having a wonderful week. Happy early Christmas by the way I hope everyone has some wonderful plans with family. It’s always the perfect time to be with family big or small. It’s also a great time to lay back and relax and get some reading done! I’m all caught up (mostly) on my reviews and my reading so check out this latest reading list. As always, stay tuned for reviews and let me now what you think about these titles. Happy Holidays! 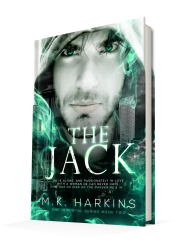 An impossible choice. Should he save the woman he loves but can never have, protect humanity, or avoid a prison sentence that would stretch for eternity? Archer is a half breed, caught between two opposing heritages – the Jacks, a bloodthirsty race who kills for sport, and the Readers, a docile race trying to save humankind. Two years ago, he betrayed the Readers, though, in a last-minute change of heart, saved them from ultimate destruction. But now he’s all alone, wallowing in unrequited love. Sadie is an Immortal Seer with a dangerous calling: she must hunt down and destroy the last of the vengeful Jacks. But her quirky humor and gentle spirit make her an unlikely fit for the job. Archer is drawn to Sadie’s pure, kindhearted nature, rekindling hope he might not have to live a solitary life, but he has no idea the danger he’s in. When fate forces the mortal enemies to work together, Sadie must determine which side Archer is on, how much of his charm is real, and if she should follow through with her directive: should she kill him or save him? 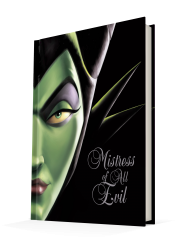 The tale is told as if it’s happening once upon a dream: the lovely maiden meets her handsome prince in the woods. The story has been told many times and in many ways. But always the maiden finds out that she is a princess-a princess who has been cursed by a dark fairy to prick her finger on a spindle and fall into an eternal sleep. Though her three good fairies try to protect her, the princess succumbs to the curse. But the power of good endures, as her true love defeats the fire-breathing dragon and awakens the princess with true love’s first kiss. The two live happily ever after.

And yet this is only half the story. So what of the dark fairy, Maleficent? Why does she curse the innocent princess? What led to her becoming so filled with malice, anger, and hatred? Many tales have tried to explain her motives. Here is one account, pulled down from the many passed down through the ages. It is a tale of love and betrayal, of magic and reveries. It is a tale of the Mistress of All Evil. 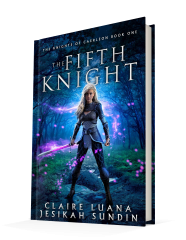 3. The Fifth Knight (The Knights of Caerleon #1)

Four cursed knights. One Warrior Princess. A faerie sword that binds their lives together.

Fionna’s only hope to save her family lies across the Irish Sea. As a warrior princess of Ulster, the rival clann holding her father and sister for ransom knows she’ll pay any price to get them back. But even she couldn’t predict the task set before her—to steal a faerie sword from a king.

The Kingdom of Caerleon is dying under Morgan la Fay’s dark magic. Her vengeful curse has locked Excalibur in its scabbard, placing Arthur Pendragon’s kingship in jeopardy. Now Arthur and his sword brothers—Lancelot, Galahad, and Percival—have but one hope. The fifth knight. The one foretold by Merlin who will break the curse and heal the land.

But Arthur and his sword brothers didn’t expect the warrior to be a fierce and captivating woman. Or the legendary White Fay, prophesied by Morgan la Fay to destroy Caerleon by claiming the heart of a king and three sworn knights.

The Fifth Knight is a Reverse Harem tale of betrayal and fated love.