Hey there avid readers! I hope everyone is having a wonderful time this week and happy Easter! My baby belly is beginning to show after 5 months. I’m looking forward to sharing my love of books with this little guy here and reading to him every night. But I’ve got 3 and a half more months of that to think of which books to start him off with. 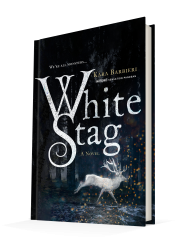 The first book in a brutally stunning series where a young girl finds herself becoming more monster than human and must uncover dangerous truths about who she is and the place that has become her home.

As the last child in a family of daughters, seventeen-year-old Janneke was raised to be the male heir. While her sisters were becoming wives and mothers, she was taught to hunt, track, and fight. On the day her village was burned to the ground, Janneke—as the only survivor—was taken captive by the malicious Lydian and eventually sent to work for his nephew Soren.

Janneke’s survival in the court of merciless monsters has come at the cost of her connection to the human world. And when the Goblin King’s death ignites an ancient hunt for the next king, Soren senses an opportunity for her to finally fully accept the ways of the brutal Permafrost. But every action he takes to bring her deeper into his world only shows him that a little humanity isn’t bad—especially when it comes to those you care about.

Through every battle they survive, Janneke’s loyalty to Soren deepens. After dangerous truths are revealed, Janneke must choose between holding on or letting go of her last connections to a world she no longer belongs to. She must make the right choice to save the only thing keeping both worlds from crumbling. 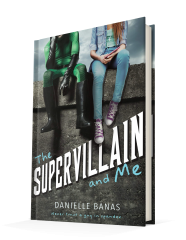 2. The Supervillain and Me (Morriston Superheroes #1)

Never trust a guy in spandex.

In Abby Hamilton’s world, superheroes do more than just stop crime and save cats stuck in trees—they also drink milk straight from the carton and hog the television remote. Abby’s older brother moonlights as the famous Red Comet, but without powers of her own, following in his footsteps has never crossed her mind.

That is, until the city’s newest vigilante comes bursting into her life.

After saving Abby from an attempted mugging, Morriston’s fledgling supervillain Iron Phantom convinces her that he’s not as evil as everyone says, and that their city is under a vicious new threat. As Abby follows him deeper into their city’s darkest secrets, she comes to learn that heroes can’t always be trusted, and sometimes it’s the good guys who wear black. 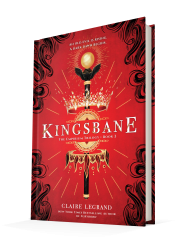 In this sequel to the instant New York Times bestseller Furyborn, two queens, separated by a thousand years, connected by secrets and lies, must continue their fight amid deadly plots and unthinkable betrayals that will test their strength—and their hearts.

Rielle Dardenne has been anointed Sun Queen, but her trials are far from over. The Gate keeping the angels at bay is falling. To repair it, Rielle must collect the seven hidden castings of the saints. Meanwhile, to help her prince and love Audric protect Celdaria, Rielle must spy on the angel Corien—but his promises of freedom and power may prove too tempting to resist.\

Centuries later, Eliana Ferracora grapples with her new reality: She is the Sun Queen, humanity’s long-awaited savior. But fear of corruption—fear of becoming another Rielle—keeps Eliana’s power dangerous and unpredictable. Hunted by all, racing against time to save her dying friend Navi, Eliana must decide how to wear a crown she never wanted—by embracing her mother’s power, or rejecting it forever.